Wight Tri members represent the Isle of Wight across the country 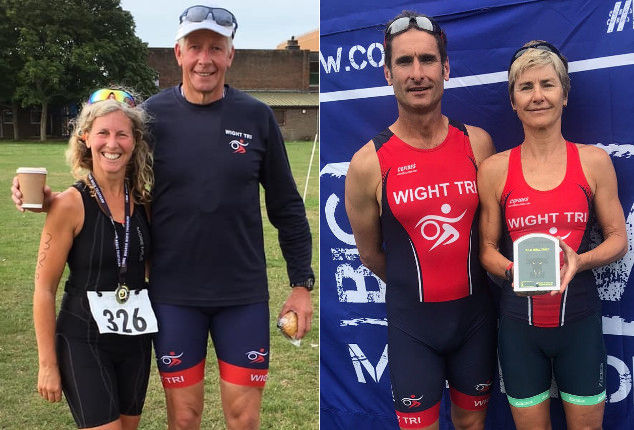 Congratulations to Wight Tri members, competing at the weekend up and down the country.

Competitors could choose from three different distances; all of them starting with laps of an 950m loop in the Emberton Park Lake, then cycling loops around the countryside roads, and then finishing off with the run laps around the lake.

These results give great confident to both Nina and Steve, who’s next races are the 70.3 Ironman and the Full Ironman Triathlons, respectively at Almere, Netherlands in September.

Steve along with Wight Tri team mate, Pete Carter are both representing Team GB for the first time at the European Long Course(Ironman) Triathlon Championships.

Starting with a 400m swim, 20km flat cycle and a 5km run, Steve was home first for the club, in twelfth position overall and first Vet 60-64.