The weather played its part for an enjoyable race with it being dry and mild with minimal wind, see who fared the best 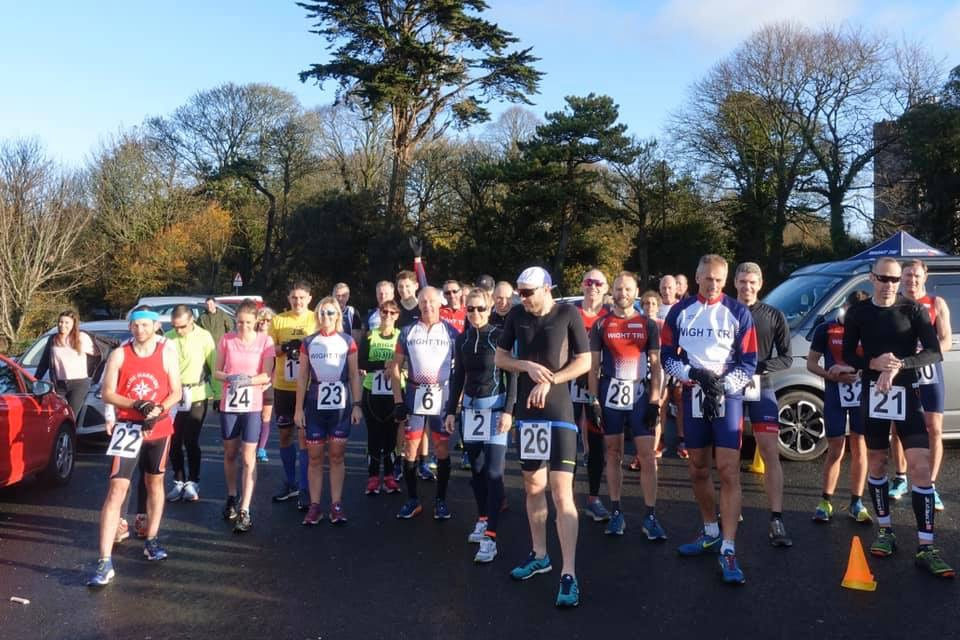 31 members, including several new members took on the second of the Wight Tri Winter Duathlon Events in the Carisbrooke Duathlon, sponsored by Cut Laser Cut.

Starting at the Castle, the run took the competitors on a hilly 2.5km lap around the castle, with the choice of one or two laps. The equally hilly 19km bike route took in the villages of Shorwell and Chillerton.

The weather played its part for an enjoyable race with it being dry and mild with minimal wind.

First and second home
First home in the nominated event was Craig Wilson, finishing just one second inside his nominated time of one hour and 20 minutes for the two-lap run and long bike course.

Second equal were Anne Dines and Martin Goodall, with six seconds inside their times of 1:25:24 and 1:04:54 for the short run course and long bike.

New member makes fastest runner
New member Andy Wheeler (pictured below) has taken these duathlons by storm, having posted the fastest times for the long course for both of the events so far.

Fastest female was Natalie Lawrence in 1:37:34.

Next meet
The next event in the series is the Chale Ballbuster Duathlon on 15th December. Further details on the Wight Tri Website or Wight Tri Facebook Page.

Report from the second of the Wight Tri winter Duathlon series shared by Liz. Ed