Iain MacKinnon, Secretary to the Maritime Skills Alliance, shares his views on the issue of seaside towns and the wider maritime economy, focusing especially on the Isle of Wight. 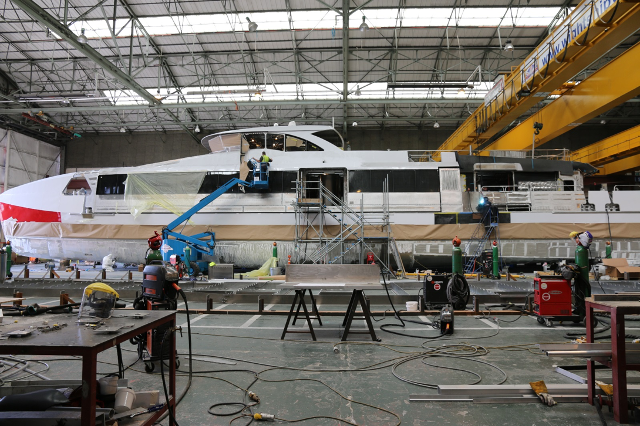 The Isle of Wight is a pretty classic “seaside” economy for the UK, don’t you think? There is plenty of opportunity for you to get your ‘fish and chips’ fix, and for the children to get re-acquainted with dinosaurs should it rain.

But there is another side to the Island, a whole “maritime” economy; rather better paid, making a big contribution to the 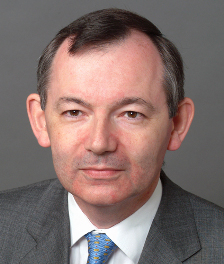 Island’s prosperity. We need to keep both “seaside” and “maritime” in mind if we are to get a balanced view of what the future holds for the economy of our coasts, as will be debated when the APPG Economic Development hosts a ‘Spotlight on the Future of Seaside Towns’ meeting in January.

Strong maritime industy on the Island
Remember during the recent Conservative Party election when both candidates stood on the same morning in front of the same shed with a huge Union Jack painted on it?

That shed belongs to Wight Shipyard, a recent start-up which builds fast ferries. On the back of successful orders from the local ferry company, then Thames Clippers in London, Wight Shipyard has just completed its second export order, sending two vessels to Mexico.

Nearby South Boats builds the boats which take technicians out to offshore windfarms. Next door to them you will find SeaCat Services, with a fleet of a dozen vessels supporting the offshore energy industry. Cross the Island to Ventnor and you will find Cheetah Marine, a family business designing and building bespoke catamarans. They rely on composites – and the college runs CECAMM, the Centre of Excellence for Composites, Advanced Manufacturing and Marine, funded by the LEP.

Dedicated training
Back in Cowes, there is the UK Sailing Association (UKSA), market leaders in training crew for superyachts – the big, professionally-crewed, yachts owned by the super-rich.

People go to Isle of Wight specifically to train at UKSA, and they leave some spending money behind.

The list goes on
There is also Vikoma International, world experts in oil pollution response. Up the road in Newport, there is Marine Data Systems, experts in marine navigation and control systems.

All around are hundreds of private boats. Those boats pay mooring fees, which support a professional team that runs the harbour and the marinas. People maintain these boats, and re-fit and overhaul them. Some of those people have degrees, some may have a couple of GCSEs – but this is an industry where nous and practical ability can get you a long way.

National picture
That is all very well for the south coast, but what about the rest of the country? You would find a similar maritime cluster around Falmouth: from A&P’s huge ship repair and conversion yard, and superyacht-builder (and apprenticeship champion) Pendennis, a big marina and now a cruise ship terminal, to the 3D underwater surveying of Ultrabeam, based in nearby Hayle.

Or how about Lancashire’s Fleetwood, hardly an economic hotspot, where the Nautical Campus has a worldwide reputation for training ships’ officers – and 130-odd employees putting much of their salary back into the local economy? South Shields Marine School on the other coast could claim as much.

Offshore energy
The offshore energy industry – now as much about wind off the English coast as it used to be oil and gas further north – has spawned new opportunities all the way down the east coast from Blyth to the Humber, and on to Lowestoft and Kent.

Investment in ports
Then there is our ports, all of which – rather obviously – are on the coast. 95% of the UK’s imports (by volume) come to us by sea, through Immingham, London, Southampton, Felixstowe and Liverpool, and also through smaller ports which make a big contribution to their local economies, like Shoreham or King’s Lynn.

Ports certainly do not employ as many people as they did before containers, but average pay is high and prospects are good. Ports are investing, and want to do more.

Enormous maritime economy
Add it all up, and the maritime economy is huge. Two years ago Maritime UK commissioned the Centre for Economics and Business Research to identify the economic impact of the maritime sector and they told us that our Gross Added Value (GVA) is 50% bigger than aerospace (yes, aerospace).

Translate that for individuals, and against an average wage across the economy of £27,600 the average in the maritime sector was £39,300 – more than 40% higher. That is real money in the pockets of ordinary people, not just in central London, but right across the country.

Investing in that potential will help to unlock some of those problems. Something worth economic development and regeneration professionals remembering as they scope their Local Industrial Strategy.

This is an excellent piece that echos what I’ve been pushing for many years. Firstly as a Civil Servant and more recently in politics. Some Council people recognise this possibility but it is unfortunate that that this is not front and centre of the Regeneration strategy.