What a fantastic community project. All welcome to take part in planting of fruit and nut trees in Yarmouth tomorrow (Saturday). 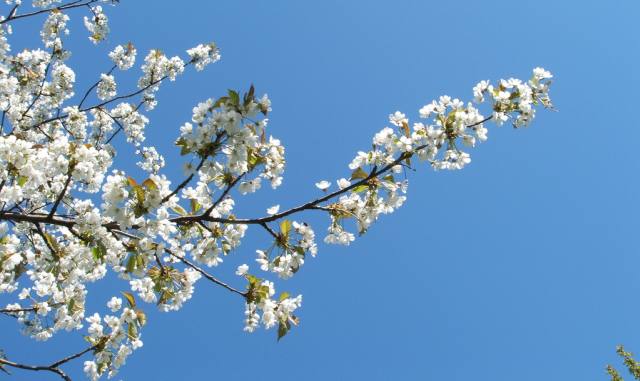 Many thanks to Thomas Cowley for news of this community event. Ed

A new community orchard will be planted at The Mount in Yarmouth on Saturday. Everyone is welcome to take part in the planting, from 12:30 onwards.

The Mount is Yarmouth Town Council land; it’s a triangle between the old road and the new as you leave Yarmouth heading for Newport. It was the garden of a big house – good soil but some may view it as challenged by being at the Solent’s edge.

There are already plenty of trees growing there, some cherries, oaks and sycamores which show very little effect from being near the sea.

Fantastic range of trees being planted
Yarmouth has an excellent Recreation Ground and the wide Common next to the River Yar which is a safer place for kite flying and running-about ball games, so the Town isn’t losing any significant green amenity space as a result of this project.

The trees that will be planted are about 22 apple and plums and nine cobnuts and filberts; providing red, white and ‘blue’ foliage for Jubilee year.

Public consultation
The town council had the idea put to them last spring. Residents were consulted, an article appeared in the Beacon, and West Wight Partnership was approached for funding under the aegis of Local Heroes.

There were letters sent to residents nearest The Mount (resulting in three nominations for trees, and a couple of moans about their houses’ view being wrecked in 30 years time). Local clubs and groups were also approached.

Why do it?
Fruit trees are beautiful and benefit people and insects. With a community orchard, the hope is that children learn to grow and eat their own fruit. Yes, we want people to pick and eat the fruit, and realise it tastes good, especially if it hasn’t come from US, New Zealand or Australia … via a supermarket.

We’re aware there is a risk of damage, but hope there won’t be too much vandalism. By involving so many groups it is hoped there will be a sense of possession.

By choosing heritage varieties, older varieties planted will also be kept in cultivation and people will get to see some of the broad choice of English varieties we have available to us.

The Yarmouth Town Council has a budget to ensure the trees will be looked after for at least the first five years.

Two years ago, Yarmouth Town Council planted some trees at Thorley, just along from the church (nearest tree ‘Ten Commandments’!) using Million Blooms funding. Not all survive, but we’ll keep planting to enhance the local area.

Image: Talliskeeton under CC BY 2.0

Filed under: Community, What's On, Yarmouth

newest oldest most voted
lilly
Brilliant! A lovely gift that will keep on giving, for birds, beasts both little and large. Cheery news. The travelling ‘Dear Tree’ display is now at Freshwater library. It would be much appreciated if someone could take some pics of the orchard tree planting event and post in the box provided at the library, or email to:- [email protected] An exhibition of all the entries will be displayed… Read more »
Vote Up00Vote Down