The rescue took place on Thursday last week off Hengistbury Head in Christchurch Bay north west of the Needles. 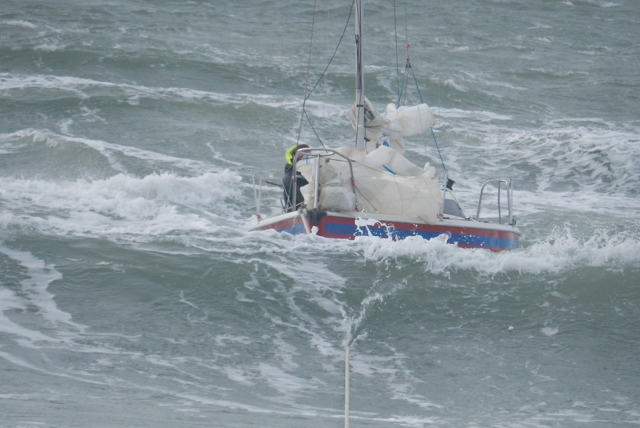 Thanks to Richard for this report from Yarmouth RNLI. Ed

At the time, the weather was atrocious. The south westerly wind was gusting 35 knots (force 7) and the visibility was very poor.

The lifeboat Coxswain described the sea as ‘very rough’.

The two crew members raised the alarm and the Yarmouth RNLI lifeboat was soon on the scene and took the yacht in tow.

It took two hours to bring the yacht to safety due to the weather conditions. No one was hurt.