Similar to what has been created with the Isle of Wight Hidden Heroes project and The Wight Book, the ‘Our Isle of Wight’ documentary aims to celebrate the “rich history and the great future that we have here” on the Island. 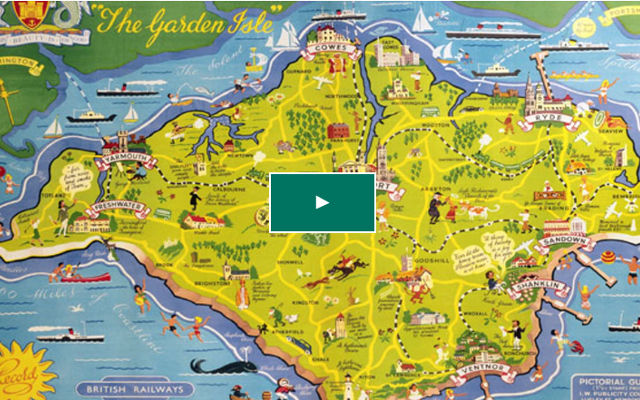 A Crowdfunder appeal has been launched on the Isle of Wight to create a feature-length documentary to tell the story of the Island and all the great people who have lived here.

Similar to what has been created with the Isle of Wight Hidden Heroes project and The Wight Book, the ‘Our Isle of Wight’ documentary aims to celebrate the “rich history and the great future that we have here” on the Island.

Bristow the brainchild
The brainchild of the idea is Bill Bristow, a documentary film maker who has worked with the likes of Peter O’Toole, Rutger Hauer, Whoopi Goldberg, Fay Dunaway, Kim Cattrall, and many others.

Bill, whose son grew up on the Island and still works here, wants to tell the story of the Isle of Wight, which he describes as “a wondrous place full of surprising stories”.

“I’ve always developed an interest in various places I have lived and worked in. Out of these places the Isle of Wight is one of the most fascinating as it has such rich and untold stories.

“I want to tell the world about all the elements that make up the Isle of Wight. The warm people, the amazing inventions, the artists, the writers, the discoveries of ancient boats and Pirates.”

He explains in the campaign video that although being new to the Island, once he started looking into the rich, diverse history, he became fascinated by the Island and is proud to involved in the project.

Bill goes on to say,

“Academy award winning actor Jeremy Irons who was born here, will be helping me, as he will be narrating the film from start to finish.”

Pledges
Bill and Roger are hoping Islanders will pledge a total of £40,000 towards the project by 3rd October.

Pledges start at £5 – which gets you a thank you letter and photo of the crew – and rise to £1,000 – which offers two limited edition DVDs and your name in the credits, plus a licensed download of the film and photos of the crew.

Get on board
To find out more and watch the campaign video head over to the Crowdfunder Page today.

4 Comments on "£40,000 Crowdfunder launched to create Isle of Wight documentary"

Great future? For elderly retirees from the mainland maybe. But not for our talented young people, they have the option of dead end jobs in our famed “low wage” economy or moving away to a bright future on the mainland. Read all about it in the Solent Local Enterprise Partnership’s Island Infrastructure Investment Plan report of MAY 2018

Interesting; possibly also an opportunity to include the little-known Viking chapter of the Island’s rich history.

While we are waiting to watch whatever results, the recent Wightwash documentary from another Island resident making documentary films about the elements that make up the Isle of Wight is still available free of charge.

The vimeo link to see the film is provided in the final comment on November’s OTW Wightwash report.

Vote Up1-4Vote Down
Mark L Francis
Absolutely Steve! The IOW Viking Age history was crucial. It is extremely likely that Alfred the Great’s first naval victory mentioned in the Anglo Saxon Chronicle was at Bembridge. Werrar Creek (off the Medina) was a viking naval base and when Ethelred the Unready murdered Danish civilians In the St Bride’s day Massacre, he missed the Danish Army on account of it & its leader, Sweyn Forkbeard… Read more »
Vote Up10Vote Down