Almost on our doorstep, over 450 people died in questionable circumstances whilst at Gosport War Memorial Hospital – many there for recuperation. Here are further details about the Panorama programme focusing on it tonight. 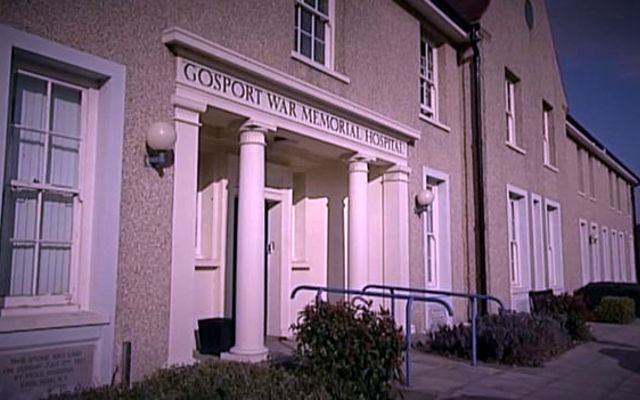 An investigation by BBC reporters into the 450 deaths at Gosport War Memorial Hospital is the focus of tonight’s Panorama programme on BBC1 (8.30pm).

What happened at the hospital can only be described as deeply shocking, and although not directly Isle of Wight related, you may know someone from the Island who has been affected.

Someone like Captain Carl Jewell from the Island, who gave evidence at the Inquest of his aunt in 2009, where he described her treatment at the hospital as ‘cavalier’ and ‘inhumane’. Read more about the case.

“I’ve worked on the story for 17 years, but tonight’s Panorama was very much a team effort.

“What we found was both dramatic and disturbing. The programme sheds new light on a very dark period of NHS history.”

Former President of the Guides
The very active former president of the Girl Guides, 92-year-old Enid Spurgin, died after begin sent to the hospital to recover from a hip operation in 1999.

In 2009 Dominic Blake was at an Inquest into the deaths of ten patients and reported that although treated without problem at another hospital for a broken hip, Mrs Spurgin went rapidly downhill after arriving at Gosport War Memorial Hospital.

Given “too much morphine”
Captain Jewell was reported to have frequently visited his aunt at the hospital, but only once saw a doctor. On his final visit he was told by the consultant that his aunt had been given too much morphine, but that she would be OK because the dose had been reduced.

However, the amount of sedatives she was on was doubled and she died a few hours later.

Although the 2009 inquest found that drugs had not contributed to Mrs Spurgin’s death, she was named as one of 456 patients who had been given diamorphine without adequate clinical justification when the Gosport Independent Panel Report was published in June 2018.

Tune in tonight
The story of the 456 deaths made national news last year as the Inquiry that took place found that the lives of patients had been shortened due to inappropriately being prescribed powerful painkillers.

Tune into BBC1 at 8.30pm tonight (Monday) to see the programme. If you miss it tonight, you can catch up via the BBC iPlayer.

Find out more
You can read a detailed report of the Gosport hospital deaths over on the BBC Website.

Numerous relatives and friends of those killed raised concerns with the authorities over many, many years, yet hundreds of patients still died.

Was this de facto, euthanasia, quietly condoned by those very high up who chose to turn a a blind eye?

The benefit is freeing up beds early… What was missing from the program was an indication of what exactly were the doses that were administered ? Is there a clear definition as to what constitutes a ‘safe’ dose and a ‘lethal dose ?
Any doctors here care to contribute ???

Who benefits from the premature deaths of elderly patients, many of whom were expected to recover?

Clearly, it takes the pressure off the hospital bed crisis within the NHS. Additionally there are savings for the Exchequer in respect of State Pensions.

That seems more than a little cynical. I have not seen the programme yet but I suspect that a somewhat different conclusion will be proposed.