Conditions really could not have been more perfect for the 21 hours of walking around the Isle of Wight this weekend in aid of St Catherine’s school in Ventnor. Well done to all who took part 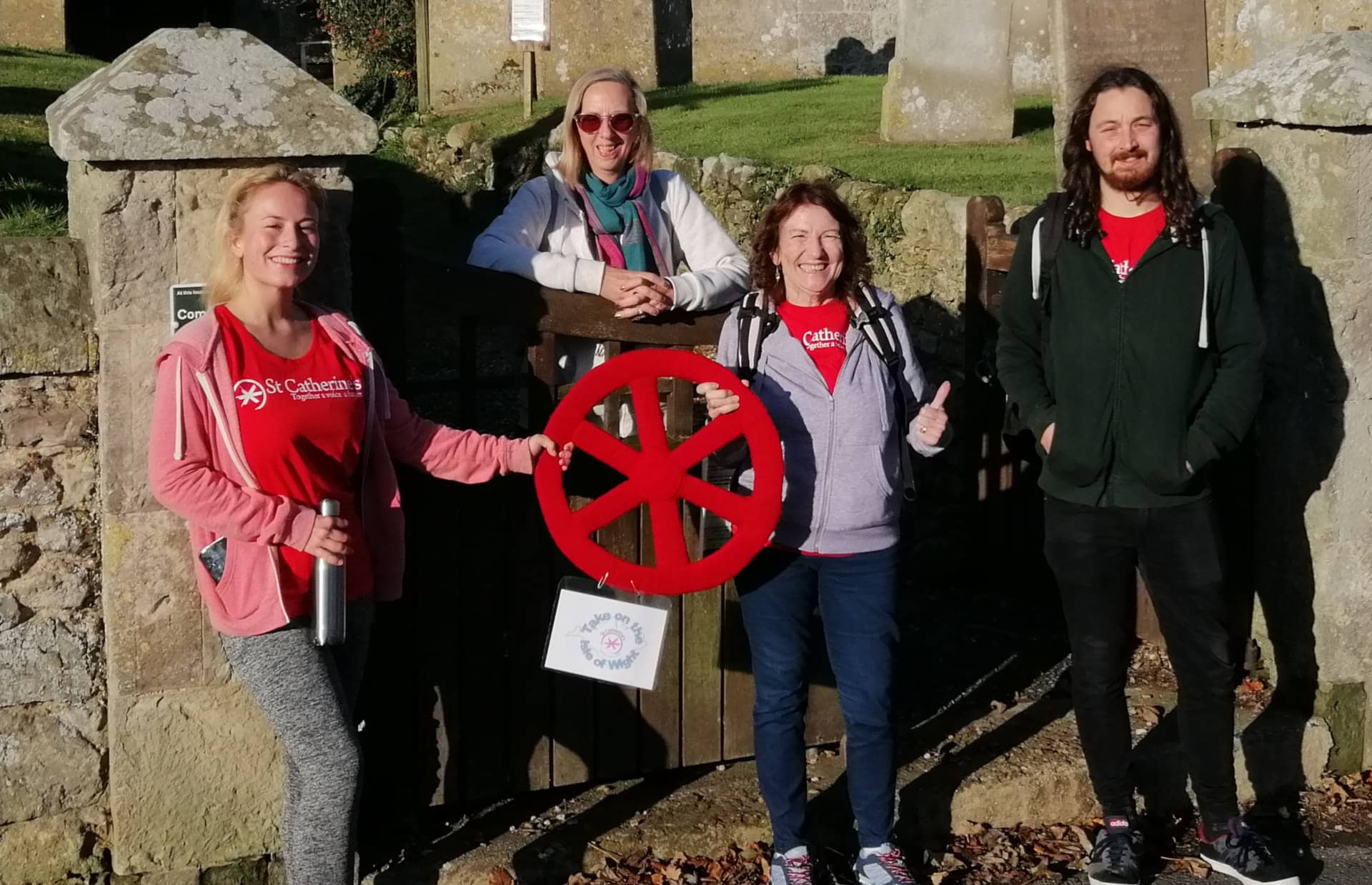 Shortly after 5am this morning (Sunday 11th October) three members of staff from St Catherine’s in Ventnor arrived back at the school following a mammoth 70-mile relay around the Isle of Wight, which had started from the same location at 8am the previous day.

Over twenty staff members and some of their families took turns in walking the coastal paths around the Island whilst carrying their distinctive red Catherine Wheel, passing it between each team.

Ultra version
Going in the opposite direction but also setting out from school at the same time, teacher Andy Gibbins challenged himself to running a marathon from Ventnor to Cowes and then cycling the remainder of the way.

In the “Ultra” version of the weekend’s challenge he got around as far as Freshwater in his attempts.

“We were very lucky to be graced with such good weather for the event, given how awful it had been the previous weekend!  Conditions really could not have been more perfect for 21 hours of walking.

“I’m very grateful that so many members of staff and their families donated their precious weekend time to help raise funds to support our young people with speech, language and communication needs.”

Pictures were shared throughout the day and overnight on the St Catherine’s Fundraising Facebook page allowing public and friends to follow the trek around the Island.

Show your support
So far, including gift-aid the solo and group challenge have together raised £1,948 and it is hoped that now the challenge is completed the pot may be boosted a bit more.

If anyone wishes to support the Ventnor based charity donations can be made through this Virgin Money Giving.

News shared by Michaela on behalf of St Catherine’s. Ed