A ray of hope for Isle of Wight Coastal Path plans 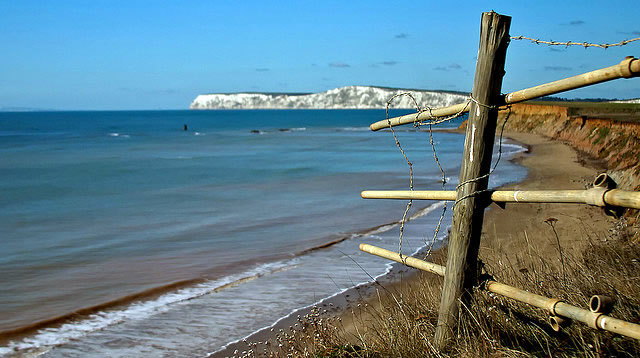 In an extraordinary and welcome turn around, the Minister who blocked the chance of the Isle of Wight being included in the English Coastal Path, has, two and a half months later changed his mind, agreeing to take another look at it.

If passed, this could have a considerable financial benefit for the Island in terms of tourism, as well as enabling residents to explore the coastline more fully.

Back in 2009 all of the main parties in Westminster had committed to sign an order to include the Isle of Wight under the provisions of the Act, which made July’s refusal all the more surprisingly.

Reviewing decision
This evening it’s been announced that Richard Benyon, Parliamentary Under Secretary of State at DEFRA, has informed the Ramblers that he will review his decision about excluding the Island in the English Coastal Path.

The Isle of Wight would have been the only coastline in England to be excluded from the scheme that is designed to let people walk along the coast line of England.

What’s led to this?
In August this year as a prelude to a potential Judicial Review, the National Ramblers Organisation formally challenged this decision by the Government on the grounds that their analysis of the consultation was flawed and that the conclusions reached were irrational.

In September, the Government responded to this challenge by saying that,

‘The Secretary of State will reconsider whether to make an order under section 300(2)(b) of the Act specifying the Isle of Wight as part of the English coast for the purposes of the coastal access duty contained within the Act. He will publish his decision and, and a full account of the reasons for it, following that reconsideration.’

The Isle of Wight Ramblers consider it would be an injustice if the Isle of Wight was the only coastal English County to be excluded from the recreational and economic benefits of improved coastal access and a complete coastal path that this Act provides.

“While the Act was passing through Parliament in 2009 the Government of the day, with multi-party support, promised to raise an order to include the Isle of Wight. After four years of procrastination, we hope that the Secretary of State will now sign an order without further delay.”

Vote Up00Vote Down
steephilljack
Horray ! Well done IoW Ramblers, of which I am one. We have the largest Waking Festival in Europe and the tourist benefits from walkers throughout the year are huge. We must be the only English county that is completely bordered by a coast, many parts of which have a coastal path. Good news for our Island economy and nevermind who pulled the levers to make this… Read more »
Vote Up00Vote Down
Bystander
I don’t really see how we are going to benefit if we are included. We are a separate entity, people walking the mainland coastal path cannot link to the Island without getting a ferry. People will only walk small sections of the English coastal path and we already have the benefit of a complete route which covers 3 quarters of the Islands coast and with our path… Read more »
Vote Up00Vote Down
steephilljack
Bystander can find out how the Island might benefit by reading the Ramblers Summary report at http://www.iowramblers.com/page20.htm Here is a quotation: “Here on the Isle of Wight we are a long way short of having a comprehensive Coastal Path. Around half of the existing path runs either inland or along public roads. More than 10 miles of our northern coastline between Yarmouth and Ryde have no public… Read more »
Vote Up00Vote Down
Bystander

I was speaking from my own life experience rather than quoting an organisation with an ulterior motive.
The South West Coastal Path is a National trail and before it was designated as such when the final section was added the many already existing paths had been just as important to the regions economy.

Vote Up00Vote Down
steephilljack
These “ulterior motives” might be to: + get a National Trail that can be promoted to bring more people to the Island for walking holidays and thus boost the Island economy. + get a coastal path through Osborne House, Quarr Abbey and the MoD danger area west of Thorness. + restore or create coastal paths where they are now diverted on to roads. + bring government investment… Read more »
Vote Up00Vote Down
Bystander
Having walked all of our coastline it isn’t suitable for a National Trail. Ive walked National Trails, Ive seen the litter and the environmental damage and the sheer erosion caused by the overuse. The Trails themselves tend to be at least 12 foot wide, we are talking about narrow winding footpaths here here on the Island which are constantly eroding and falling into the sea and having… Read more »
Vote Up00Vote Down