Eleven individuals and one organisation are recognised for their achievements during Adult Learners’ Week. 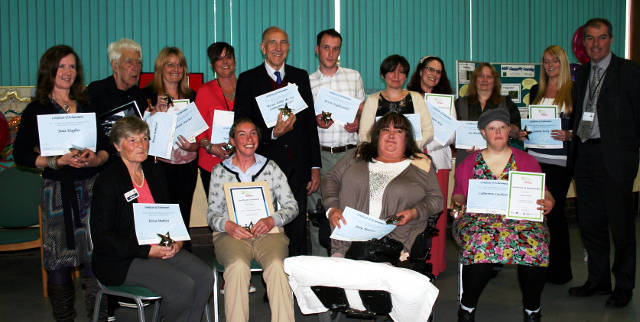 Well done to all involved. This in from the council, in their own words, Ed

This year’s Adult Learners’ Week celebrations ended in a high with an awards ceremony to recognise the outstanding achievements of Island individuals and innovative learning projects.

Following a successful week of learning events organised by the council’s community learning team, an awards ceremony was held on Friday 24 May at the Community Learning Centre in Ryde.

“It was fantastic to meet those who have given so much of their time to help inspire others to learn new skills as well as those who have shown determination and drive to further their learning against the odds. I would like to congratulate all of the winners as well as the organisations that have played an important role in people’s learning.”

This year it ran from 18 to 24 May and provided an opportunity for local organisations to showcase their involvement in adult education. It also provides adults with the opportunity to try different taster classes.

This year’s award winners were: