The IW Green Party leader says the UK should be leading the way in putting forward even firmer targets and proposals in the future to tackle climate change. 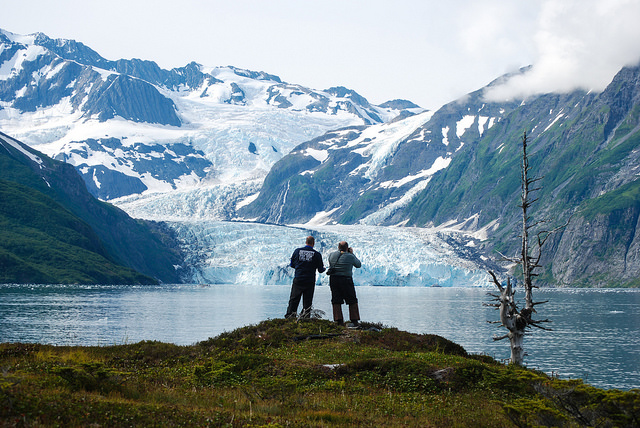 This in from the IW Green Party. Ed

The Isle of Wight Green Party say the Paris Agreement on climate change does not go far enough, and will not result in the much needed limit on global warming to 2°C by the end of the century.

Whilst it was good to see the developed nations commit to financial assistance for those parts of the world who are most suffering the effects of climate change, the Agreement is not clear enough in how exactly the limit on carbon emissions will be achieved.

This includes oil, coal, gas and damaging processes which are anticipated to take place on the Island such as fracking.

The 195 countries who signed up to the Agreement are committed to reporting every five years on how successful they have been on achieving the targets on the reduction of carbon emissions. We must continue to put pressure on our government and to hold them to account.

“Whilst the Paris Agreement is not legally binding, it does demonstrate the global consensus to tackle climate change.

“There is an even greater need to put forward even firmer targets and proposals in the future, and the UK should be leading the way.”

Quite right Vix. This Island can do wind, tidal and solar power – no fracking !

Vote Up00Vote Down
Frank James
A lot of us (including a lot of scientists, economists, and food producers) agree, but the most important and urgent step has to be taken by our myopic, contradictory, hypocritical government – who insist that two of the best ways for us to reduce and remove our damaging carbon emissions and to safeguard what remains of our precious water, soil, and economy is to do whatever they… Read more »
Vote Up00Vote Down
Don Smith
Unless all nations of the world work together there is no chance of reducing the worlds carbon output. All types of fuel should be experimented with, and this should include fracking – Give it a try and if there are proven problems, stop it. Remember they once said coal mining would cause the end of the world; and it will if coal is not stopped being used,… Read more »
Vote Up00Vote Down
Cicero
Answer: (IWC) Environmental Health has been monitoring air quality across its area since 2000. Currently there are only two areas which require more detailed study to verify they comply with nationally set air quality objectives; • land in the vicinity of the ports, Yarmouth, Fishbourne and Cowes which may be affected by Sulphur Dioxide • a housing development near to the BP Oil Depot in East Cowes… Read more »
Vote Up00Vote Down
Tanja Rebel
Agreed, far more needs to be done, To start with we need to invest hugely in insulation as well as energy conservation. This could save us several coal power stations… Furthermore, I think it is time to introduce a Carbon Tax. It would be a very useful tool to wean us off carbon quickly. Imagine if they had done this in Paris! Now THAT would have been… Read more »
Vote Up00Vote Down
fedupbritain

there already is a carbon tax., its the vat on your power bill

Vote Up00Vote Down
Rowan
I’d agree Don if fracking were some experimental renewable source of energy, but it’s not – it’s more fossil fuel methane gas, and it therefore needs to stay in the ground. If we frack – fracture our ground in order to extract methane gas from the rocks – then we’ll cause extra greenhouse gas emissions when we burn it and turn it into water and carbon dioxide.… Read more »
Vote Up00Vote Down
Rowan
Tanja’s right – we need a tax at source on fossil fuel. It’s several years now since Oliver Tickell proposed an international tax on fossil fuel, with the money spent on things like helping poor people to adapt to the climate change we’ve already caused, in his excellent book ‘Kyoto 2’. It would be the simplest way of doing it. Sadly the fossil fuel companies are so… Read more »
Vote Up00Vote Down
electrickery
Our incompetent, devious, dishonest govt missed a trick, yet again: while world oil prices were falling, fuel duty could have been raised to maintain a constant price “at the pump” while raising cash to offset disastrous cuts elsewhere. We had learned to live with high fuel prices so where is the need to reduce them? How long before HMGov claims credit for reducing global demand for oil?
Vote Up00Vote Down
Don Smith

Should we frack or should we not frack. I say leave it to the experts. That is what they are paid for.

The USA are fracking and it is showing good returns on their investment. Please leave it to the experts.

Like all important issues, we can listen to the experts but overwhelmingly the public must decide.

Perhaps you need to review the reality of fracking in the US a bit more, Don.

Take a look at http://www.dangersoffracking.com

vix tanja – do you both + otheer grenies on the island buy carbon offsets? if so what scheme do you use?

Guess who apparently made his career out of carbon trading and wanted to represent the Island in Westminster! :-))