Although there is a slight drop in the yearly average of people killed or seriously injured in road traffic incidents in the last year, the figure remains higher than the England casualty rate. 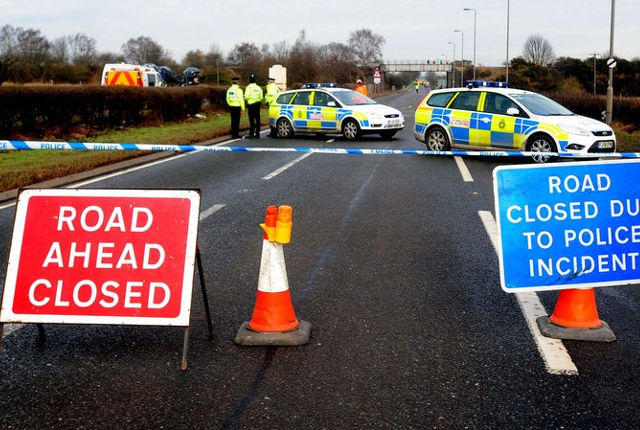 Figures from the Department for Transport show that 79 people were seriously injured in road accidents on the Isle of Wight last year, with three people tragically dying as a result.

In six of those accidents children were taken to hospital.

Drop from previous year
The overall figure for people killed and seriously injured has slightly decreased from 84, the yearly average from 2010 to 2014, to 82 last year.

The DfT uses the yearly average to measure change over time.

The number of road casualties on the Isle of Wight, which includes minor injuries, has decreased by 22% over that time, to 397 incidents.

Not just vehicle collisions
The data includes any injury sustained with a vehicle on the road. The injuries do not have to involve cars.

It could be a bike colliding with a pedestrian, or someone falling over while cycling.

Serious injures
When patients are taken to hospital it is classified as a serious injury.

Of those seriously injured, ten were pedestrians, 12 were cyclists and 28 were riding motorbikes.

Broadly, the number of injuries on the road has been decreasing across England as car technology improves.

However, while there are fewer accidents, there are more severe injuries.

The number of people killed or seriously injured in accidents increased by 12% over the time period.

“This new data makes for sobering reading – there has now been no substantial reduction in fatalities since 2010, with the numbers killed on the roads remaining stubbornly high.

“It also remains the case that casualties among some vulnerable road user groups, specifically pedestrians and motorcyclists, are rising, which is a concern.”

“Speed limit compliance also remains a real problem, with more than half of vehicles recorded speeding on 30mph roads and nearly one in five drivers travelling at 30mph or more in a 20mph zone.

“With traffic levels rising, and people’s dependency on the car also increasing, a shift in focus is needed at both national and local levels to begin to tackle the problem.

“On a day-to-day basis, it is every driver’s responsibility to ensure they are driving safely by not breaking speed limits and reducing distractions in their vehicles so their attention remains firmly on the road.”

It is also higher than the England casualty rate.

Brake: “Paying price for dominance of the car”
The road safety charity Brake called on the Government to lower speed limits.

“Our most vulnerable road users, pedestrians, cyclists and motorcyclists, remain at dangerously high risk on our roads, paying the price for the dominance of the car in our lives.

“Pedestrian deaths increased to their highest level this decade whilst motorcyclists now account for nearly a fifth of all road deaths, despite their small numbers.

“The Government must invest in active travel to give people safe and healthy ways to get around and focus on improving the safety of our roads – starting with lower speed limits.”