Spend an evening with Shelley Jory-Leigh 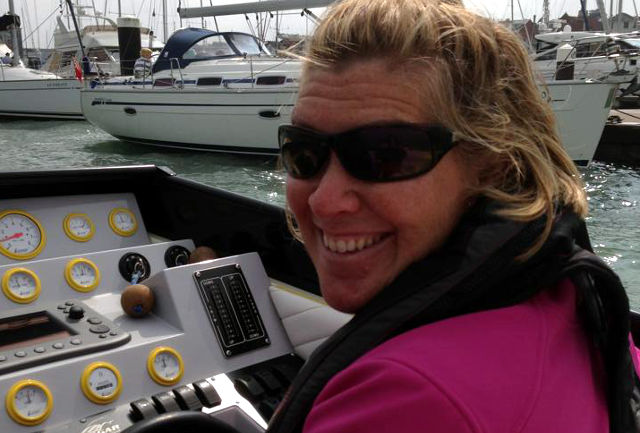 Shelley has been racing Powerboats for over 18 years forging her way through the male dominated sport of powerboat racing to make a name for herself both on the water and in the press and achieving the title as one of the top racers in the world.

Highest ranked British female finisher ever
In 2016 Shelley returned to racing full time after a five year break from her career.

Winning her class and taking second overall in the Cowes Torquay Cowes Marathon race – making her the highest ranked British female finisher ever.

The team Blastoff Racing with throttle man, Dorian Griffiths, then went on to take a World Record on Lake Coniston, where the year before Shelley received the coveted K7 Gold Star for 114mph on Lake Coniston.

She also presents for Sky Sports, CBS America and has her own Radio show on BBC Radio Solent – the H2o Show which she co-hosts with Sir Robin Knox Johnston.

As well as racing Shelley runs the successful family Bridal wear business in its 40th year. She also loves and relishes her charity work in her ambassador role for her six favourite charities.

Where and when
The talk takes place on Friday 7th April 2017 between 7.30 – 9.30pm at Whippingham Village Hall

Tickets are priced at £6.50 and include a glass of Prosecco and canapés.

All proceeds to go to local causes.