Residents concerned about this large-scale development will be pleased to hear it was rejected by councillors at last night’s Planning Committee. 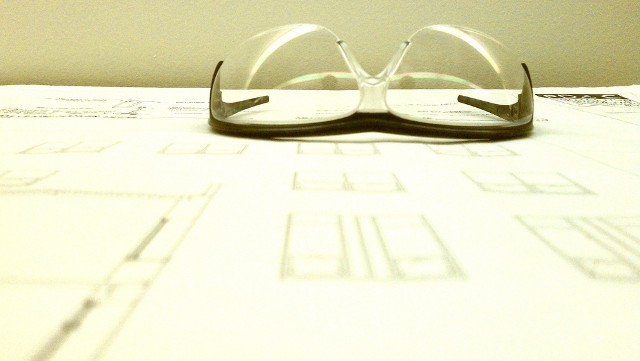 A much-opposed planning application to redevelop Atherfield Bay Holiday Camp on the Military Road was last night rejected by the Isle of Wight Planning Committee.

Light pollution, concerns of over-development, increased traffic and the development being occupied for 52 weeks of the year were some of the concerns raised by residents worried about the impact on the environment should the application go ahead.

95 holiday units
The application, submitted by Sandy Lane Resort Limited, proposed the demolition of the existing buildings on the site and their replacement with 95 units of holiday accommodation, a new clubhouse, two swimming pools, a cleaner’s general store and a maintenance store.

The ward councillor for the area, Cllr Bob Seely, said,

“In my opinion this application looked too little like a holiday camp and too much like a housing estate. Development should not come at the price of damaging the long-term tourism economy, quality of life or the natural environment. I felt that there would have been a risk of this if the application had been approved.

“I’d like to thank local residents Richard Peckham and Doug Alldred for their efforts. Doug’s detailed analysis of the planning application was important in persuading the committee to vote against the development. Doug and Richard both spoke eloquently at the committee meeting. I was happy to support them, and the overwhelming majority of residents in the immediate vicinity, by also speaking against the development.

“This is a brownfield site, it is a former holiday camp. There is going to be development, everybody accepts that. But it’s the type of development that is important. Several local residents used to work at the site, and many people want it back as a commercially viable entity – but not at any price. This was issue of judgement, not nimbyism.”

Cllr Seely goes onto thank councillors on the committee for trusting local residents.

“Thank you to the councillors for listening to me and Atherfield Bay residents, and for making what I and local residents felt was absolutely the right decision.”

“In general, I believe that we have had too much questionable development on the Island in the past 50 years. Since the late 1960s the Island has built an economy on bungalow-style development and cheap tourism. It hasn‘t worked. We need to think differently. We need to better preserve and enhance our natural and built environment and cherish what we have. Other tourism areas of England have preserved their environment much better than we have and have prospered economically and culturally as a result – the Lake District gets ten times the numbers of visits the Island does.

“I will judge future applications on their merits. In time, I look forward to supporting a good plan for this unique site that generates long-term wealth and actually adds something to the tourism economy. Let’s aim to do something really special with it.”

Official reason for refusal
A spokesperson for the Isle of Wight council told OnTheWight,

“The application was refused planning permission at Planning Committee on 18 February on the basis that members concluded that the application by virtue of its size, scale, mass and density would fail to protect, conserve or enhance the integrity of the natural environment and would adversely impact on the surrounding landscape.

“They determined that the application was contrary to policies SP4, SP5, DM2 and DM12 of the Island Plan Core Strategy.

“Since the application was accompanied by an Environmental Statement, under the Environmental Impact Assessment Regulations the Secretary of State is a statutory consultee on the application. Prior to consideration by the Planning Committee, the council received a letter from the Secretary of State issuing a direction that the council not grant planning permission for this application without specific authorisation.

“This direction is to allow the Secretary of State time to consider whether the application should be referred to him for determination under Section 77 of the Town and Country Planning Act 1990. The letter highlights that this direction does not prevent the council from considering the application, and forming a view on the merits of the case, or if members are so minded, refusing the application. Therefore given the decision taken by the committee, the refusal notice can be issued.”

I respect what Councillor Seely has to say and his reasons for opposing this application. I would ask, however, if he would expand on his comment “Let’s aim to do something really special with it.”
What ideas does he have for the site and who will pay?

I also respect Councillor Seely’s reasons for opposing the application but question his comment ” Since the late 1960s the Island has built an economy on bungalow-style development and cheap tourism.” and I’d be interested to hear him expand on that.

Vote Up00Vote Down
Bob Seely
Thank you to Mr Magoo and Joe for comments. What do I suggest? Not a process whereby a single entity (the holiday camp) is sold off plot-by-plot. Once it is sold off in mini-parcels it likely becomes, sooner or later, a housing estate. What’s the alternative? 1. Extension of the very popular camp site (one of the ten best in the UK according to the Guardian. 2.… Read more »
Vote Up00Vote Down
tiki
‘Questionable development’. Why then is Cowes allowed to be overdeveloped? Millionaires row along the waterfront is an absolute joke. Nowhere else on the island commands such prices and most are second homes. Yet some poor bugger wants to develop an old hotel in Sandown and it’s rejected. I really can’t understand the council on the island. We have heritage buildings going to rack and ruin, SOMEONE NEEDS… Read more »
Vote Up00Vote Down
Lydia Fulleylove
As a regular walker in this area and nearby resident, I’m in complete agreement with Bob Seely’s comments on the proposed Atherfield development. The area is absolutely unique, ‘back of the Wight’, a SSI and a very special and surprisingly remote part of the island for visiting walkers especially. I regularly see barn owls, pipestrelle bats and kestrels on the site- and on the cliffs very close… Read more »
Vote Up00Vote Down
Cynic

“Doug and Richard both spoke eloquently at the committee meeting.”

Does that mean that from now on the Planning Committee will hear presentations from those for and against planning applications during their deliberations?

The place is an eye sore – either develop it or bulldoze it down.. simples