Contrary to what you may have heard there have been no compulsory evacuations. OnTheWight has confirmed this with Isle of Wight council today 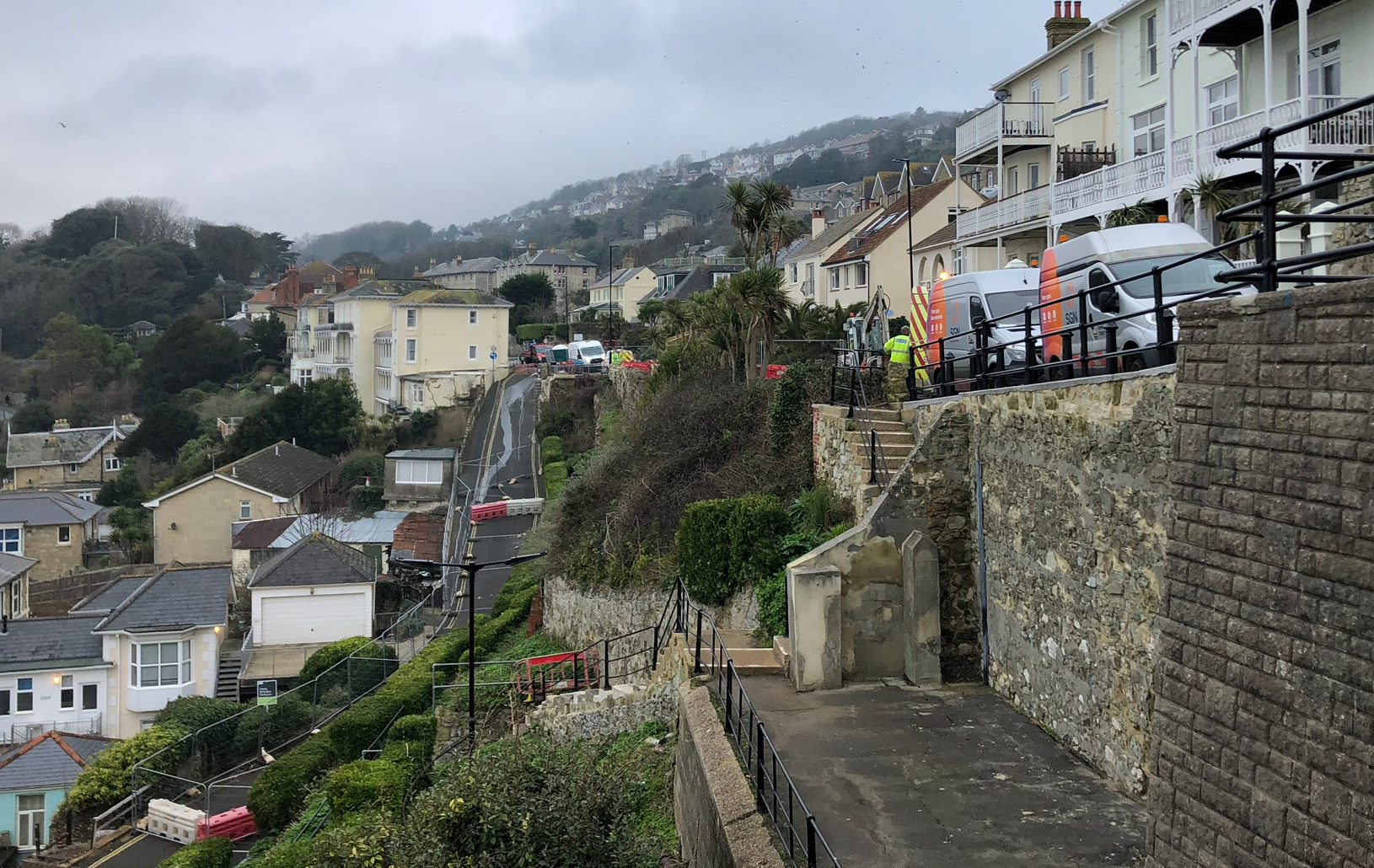 The number of utility staff on site of the Belgrave Road landslip has increased considerably over the last two days.

As well as round the clock monitoring from Island Roads, Southern Water, as well as gas and electricity suppliers are now on site, seemingly posed to take action if necessary.

No compulsory evacuations
There has been much talk about residents being evacuated from the area, but Isle of Wight council were able to confirm today (Wednesday) that there have been no compulsory evacuations in either Belgrave Road, Marine Parade or Esplanade Road. One resident has decided to leave, but only on advice given.

A spokesperson for the Isle of Wight council told OnTheWight,

“There have been no compulsory evacuations of any properties – I understand the occupant of the property referred to in the quote [of the council’s press release] took the decision to leave following our advice based on the assessment provided by Island Roads.”

newest oldest most voted
bigj
The camera never lies, even if councillors do, a little. Took a trip to Ventnor and the cracks are every bit as bad as the pictures portray. Looks like an avalanche awaiting to happen and not even comparable to Undercliff Drive. Appreciating that this is not on his doorstep, but any comment from Councillor Dave Stewart? Word on the street (well the sea front coffee shops) is… Read more »
Vote Up4-1Vote Down
Spartacus

Don’t window dress it or hide behind the fabrication from Councillors this is a serious issue. They do not want to pay to address the problem but can’t ignore it.