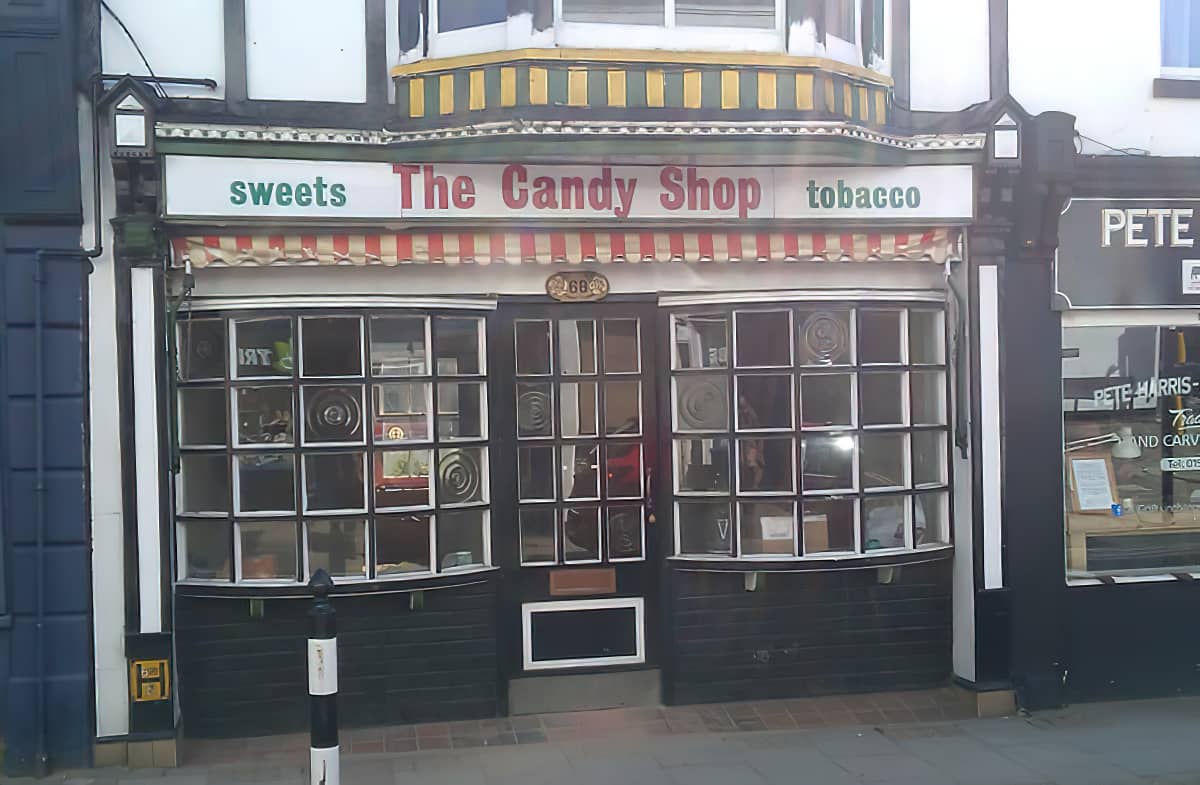 Proposals to change a once-popular sweet shop on Ryde High Street into a home have been described as ‘bland and poorly designed’ and rejected.

The application, submitted by MDJ Architectural Services, has been refused by the Isle of Wight Council after more than 20 Ryde residents shared their opposition to the removal of shop space at the top of the High Street.

Plans to convert shop to residential
Formerly The Candy Store, the shop closed at the start of March last year and proposals looked to incorporate the retail floor space into the existing two-bed house behind and above the shop.

It would have been turned into a toilet and study, to accommodate home working as a result of the Covid pandemic.

Part of the proposals would change the Victorian building’s shop front ‘to a more traditional appearance’, according to planning documents, with sash-style windows and a regular front door.

Strong opposition
Among the objectors were Ryde Town Council, Ryde Society and Ryde Business Association, arguing there would be an adverse effect on the retail function, design, character, vitality and viability of the town centre.

Ryde Town Council also said it would be ‘inappropriate’ within a ground-level commercial location and would set a precedent for the change of use in the town centre boundary and in the Ryde Heritage Action Zone.

“Barbaric approach”
One objector said it seemed a ‘barbaric approach to rip out the frontage that has stood for years’ as an integral part of the history and view of the upper High Street.

“Changing the frontage would destroy a very unique shop as well as the building’s look. We need more small high street shops and encourage more people to shop. We need an active and vibrant high street and having houses mixed with the shops just makes it look very odd and out of place.”

“The current historical and distinctive shopfront would be replaced by a bland, poorly designed ground floor elevation, which would be visually incongruous in the street scene.”

The council’s planning authority rejected the application last week, but the applicants are able to appeal the decision to the Planning Inspectorate.

newest oldest most voted
joelincs
The shop is out of keeping with its surroundings as well, it was designed as an olde worlds shop and shops are dying; we have to let some go, many small businesses are being ruined by running costs and the internet. And we do need more homes and all the better if we can leave the countryside alone. The amount of people including planners who want other… Read more »
Vote Up4-4Vote Down
grahamg

Well said. I think we are on the same page. I believe in the RTC’s desire to improve the town but not to the extent that we turn it into some unrealistic pastiche of ‘the good old days’.

Vote Up2-4Vote Down
Benny C
So as long as Ryde does it’s own thing it will be fine. Honestly, just think a little harder. This isn’t just about the owner. Cubism, minimalism and modernism have delivered many truly awful residential buildings many of which have been prematurely demolished, at a huge carbon cost, because their design failed the occupants and created unwanted living conditions and even social issues ( all of which… Read more »
Vote Up14-2Vote Down
grahamg

Interesting car bonnet analogy! There’s an awful lot of mismatched body panels up and down Union and High Street!

Exactly. Let’s not make it worse by setting another really low bar for others to try to follow. Otherwise it’s a race to the bottom. Modernist residential frontages on a Victorian high street. What a crowd pleaser that would most likely be – not. Thankfully, and predictably, RTC are all over this nonsense.

Except that this ancient old fool got them the wrong way round! Should have said Ford make better bonnets! Anyway sounds like the point hit the target.

Vote Up10Vote Down
grahamg
“Vitality and viability of the town centre” in relation to this bit of the High Street is frankly, gilding the lily. It is a sad section of town with no more than half the shops between St Mary’s and the cross roads looking their best. The HAZ project should not let their heart rule their head. I predict in 10 years converting retail space to housing will… Read more »
Vote Up3-11Vote Down
Phil Jordan
Just to be clear graham, the HAZ delivery has no authority or say over planning matters in Ryde. Conversions from shops to homes is already taking place in the upper high street ( not so many yards away from this property). The lights on St. john’s Hill are regarded as a barrier for onward conversions that once breached will be unable to stop in any sensible way.… Read more »
Vote Up25-1Vote Down
grahamg
Not having authority over planning does not prevent it joining the objectors surely? St John’s Hill TL ‘regarded’ as a barrier is then by definition arbitrary? Not enforceable? So who is to say, for example as it’s relevant to this case, St Mary’s Passage could be ‘regarded’as a barrier? Anyway we have, and will continue to do I’m sure, agreed on the overall premise of Ryde’s regeneration.… Read more »
Vote Up2-9Vote Down