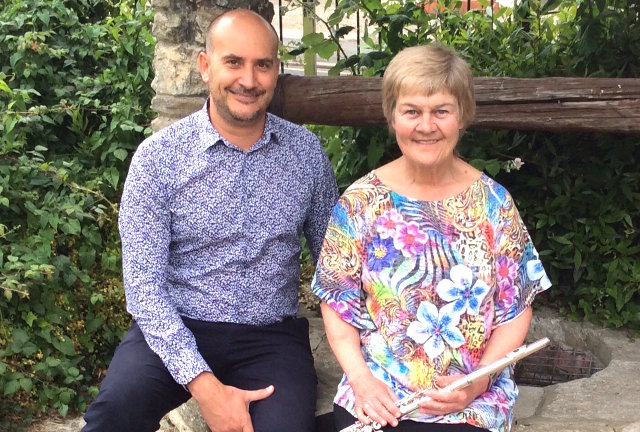 Two of the Island’s most popular classical musicians will be performing together for the first time at All Saints Church in Gurnard on Saturday 29th June at 7.30pm.

Flautist Siobhan Cosgrove and pianist James Longford, who both live in Ryde, are offering a concert of uplifting Summer Music.

The musicians
Siobhan is a graduate of The Royal Academy of Music and plays first flute in the Isle of Wight Symphony Orchestra, as well as appearing as their soloist.

James is a Steinway Artist and works with English National Opera, the Royal Ballet and the BBC Singers, as well as performing locally in the Ventnor Fringe later this year on 27th July.

“We’re really looking forward to the concert. It will be lovely to play in an intimate space with good acoustics – we can really communicate with the audience.

“Best of all we’re performing on the Island.”

Interval refreshments will be available.

Tickets are priced at £10 for adults and £7 for under 18s. Available on the door or in advance.

Our thanks to the musicians for sponsoring for this feature. They and other businesses and organisations taking paid promotion enables you to continue reading OnTheWight for free.