Book now for Electric Chicago Blues from The Medina Delta

As part of Sunday’s ‘Blues Day’ at The Isle of Arts Festival Weekend, catch The MoonShiners as a warm up to the great Mud Morganfield (Son of blues legend Muddy Waters) who will be at Ventnor Winter Gardens later that evening. 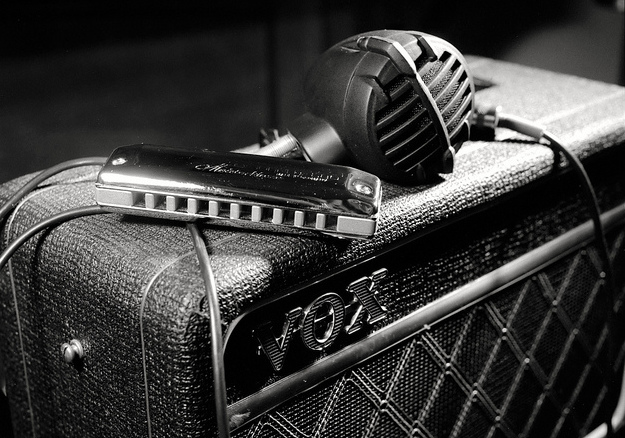 As part of The Isle of Arts Festival, The MoonShiners are playing The Boathouse, Spyglass Inn, Ventnor on Sunday 3rd May at 5pm.

The MoonShiners are a four piece Rhythm & Blues band hailing from the deep south of The Isle of Wight.

Fusing together influences from the Chicago blues of Muddy Waters / Little Walter to the Folk-Rock-Americana of Bob Dylan & The Band, The MoonShiners deliver a strong set of good-time music.

Regulars on the IW music scene
Fronted by Dave Hollis on vocals/blues-harp/guitar, with Adi Charlton guitars/vocals and a solid rhythm section of Tim Hollis; bass and Rich Wilson; drums, the band regularly play the Island’s pub/club circuit as well as festivals such as Wolverton Folk & Blues Fair, The Rhythmtree Festival, V-Dub Festival and Cowes Week.

Book now
The MoonShiners play The Boathouse (Spyglass Inn) at 5pm on Sunday 3rd May.

Tickets are just £5 each.

Book your tickets through the Isle of Arts Festival Website or in person from Seasons newsagent on Ventnor High Street.

Image: boris-brueckhaeuser under CC BY 2.0