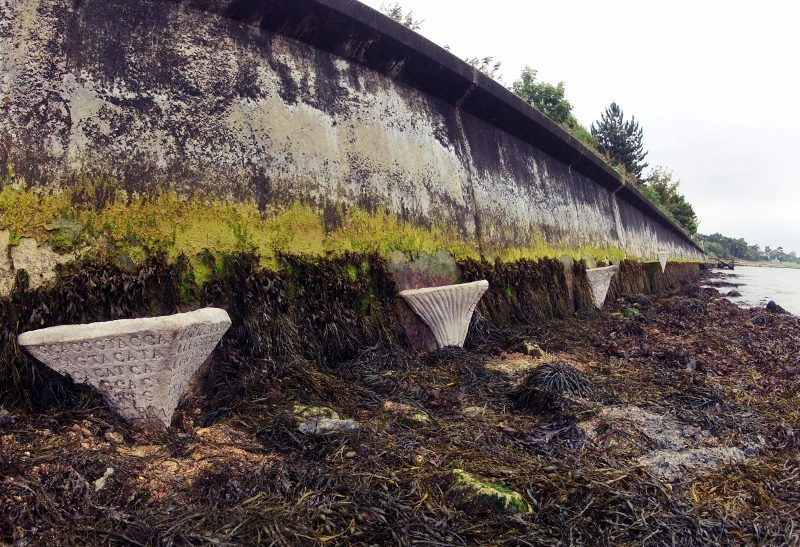 Such steps would not only enhance the maritime environment, it could also create more opportunities for local companies to become involved with the £37 million project.

‘Net gain’ in terms of benefit to biodiversity
Bob is taking the issue up with Defra following an approach from local company Wight Building Materials (WBM).

Steve suggested the sea defence work recently announced by the Environment Agency and the IW Council could be one such ‘net gain’ scheme.

“This really is welcome inward investment and I hope thought can be given to ensuring the work is procured in a way that brings added value in terms of maximising local environmental and economic potential.

“Support for this approach would be a highly visible statement of commitment to truly sustainable development. What is more, Island businesses are also very well placed to play their part in the delivery of ‘net gain’ construction schemes.”

“This sounds like a sensible suggestion and I have asked ministers at Defra whether there is scope to ensure these sea defence schemes could indeed provide features that benefit marine wildlife.

“There does seem to be an opportunity to enhance both the Island’s environment and its economy through this work and that is something I am very keen to explore through Defra.

“The Island’s recent Biosphere designation recognises the relationship between the Island’s environment and it’s people and it would seem that here is a real opportunity to put that philosophy into practice.”

News shared by the office of Robert Seely MP. Ed

The barefaced cheek — more lip service, zero action in terms of real effort towards conservation and protection of the island’s land, waterm wildlife or people. How are supertrawlers compatible with biodiversity and marine protection/enhancement, Bob?

Of course, that’s not what it’s about. The key is ‘opportunity for local companies to become involved.’ Translated, this means ‘grannies for sale on every corner’.

We could do with more biodiversity in the IOWC Cabinet. Pale, stale, male pensioners. Really? We need governance skills, strategy, ambassadors. Ideas. They bring muddle, dither and Malted Milk biscuits.

Vote Up80Vote Down
Angela Hewitt
Lauque, couldn’t agree more. They never tell you exactly how it will support marine or any other biodiversity. As I see it it could damage biodiversity. The mention of 37 million pound project tells me this is about jobs and lots of money for developers. I agree also with “truth”. The Climate and Ecological Emergency Bill is about all of us in the prevention of the extinction… Read more »
Vote Up60Vote Down
Angela Hewitt

PS. Is it right that Wight Building Materials should be lobbying Bob Seely to support the building of the sea defences? I can now see all developers sucking up to the councils using the word’s “environmental protection” in their applications as well as “jobs for the economy” the latter being in Government terms is the only reason for being.