This month’s Folk Club features The Crew led by Cap’n Paul Sturgess, as well as Paul Armfield. Tuning in is a great way to support Quay Arts during this difficult time 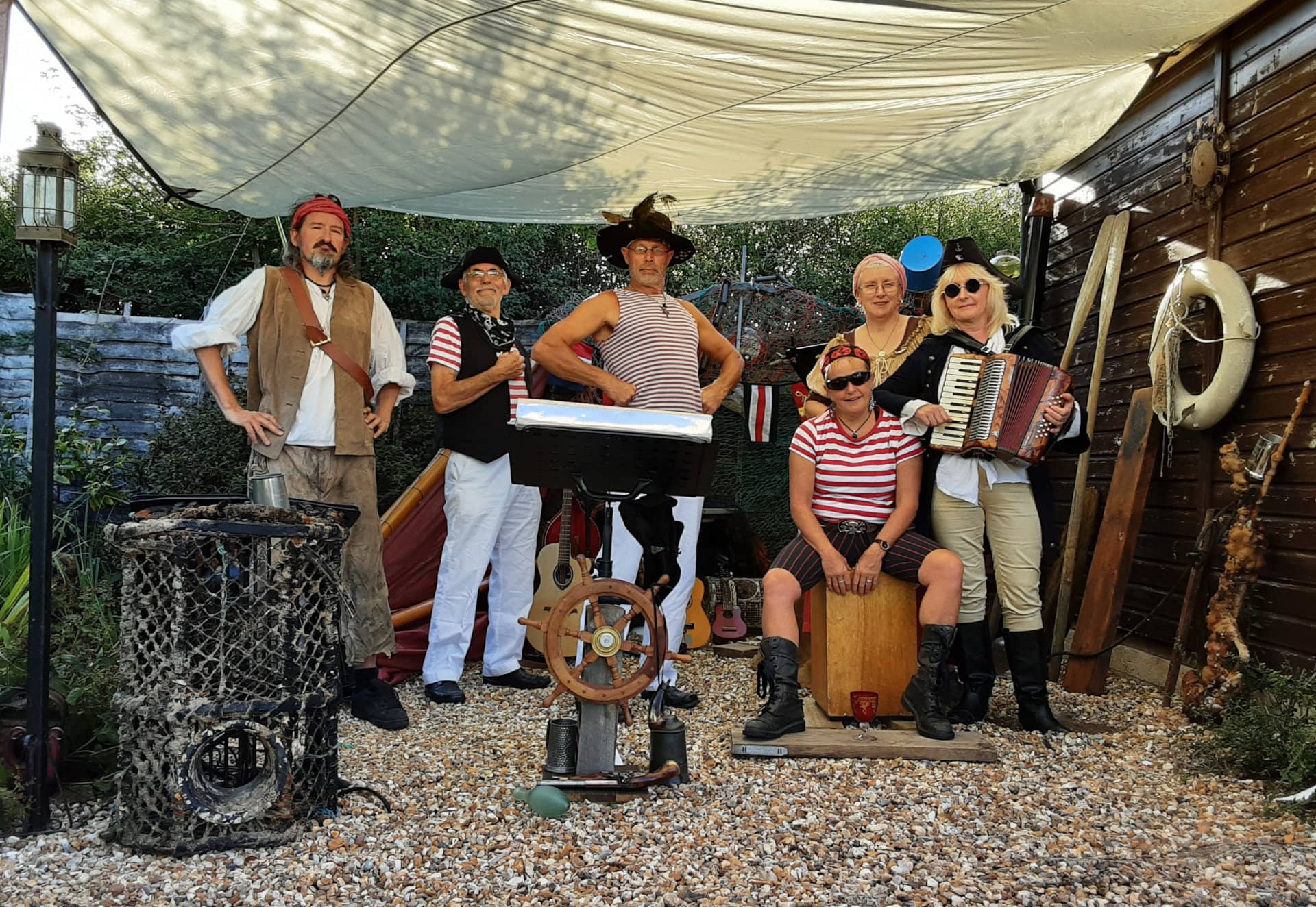 The latest online Quay Arts Folk Club on Sunday 20th September will be celebrating “Talk like a pirate day” with a great double bill of The Crew and Paul Armfield.

“If you hadn’t heard of ‘Talk like a pirate day’ now is your chance to drive your friends and family mad by saying things like ‘aarrhh Jim lad’ and ‘ahoy me shipmates’!”

The Crew
Leading the celebrations will be a set from local rascals of the waves “The Crew” led by Cap’n Paul Sturgess. Formed in 2009, the band play a raw, rhythmic mixture of folk songs, sea shanties and morris tunes.

Since the lockdown their pirating activities have been much curtailed so this is a chance for them to get back to what they do so well – just make sure that your doors are locked!

Paul Armfield
Also on the guest bill is the wonderful local singer songwriter Paul Armfield. Increasingly respected as one of the most thoughtful and sensitive songwriters in the UK, Paul has just released his new CD called ‘Domestic.’

The album features a collection of songs that pivot around the theme of ‘home’ – whether this be the four walls that surround you, the country where you were born or the continent of which you are a resident.

Hacker: A way of supporting the Quay through hard times
The online folk concerts have become very popular during the lockdown. As co-organiser John Hacker notes,

“Live indoor music remains a no-no for Quay Arts – these online evenings are a way of supporting the Quay through hard times.”

Starting on Sunday 20th September at 7.30 pm the Quay Arts Folk Club will be streamed on Facebook and YouTube. The evening will feature over two hours of top-notch folk music.

Along with guest spots from The Crew and Paul Armfield there will be shorter floor spots from Guith, Sandy Kealty, Terry Pearson and Alan Springate.

“Why not channel your inner Jack Sparrow, put on an eye patch and say aaarrgghh… to everyone you meet this weekend. And don’t forget to make a donation to Quay Arts in return for tuning in.”

The evening will be streamed on YouTube – search for “Quay Folk Club September 2020”.

Filed under: Music, The Arts, Top story, What's On

While I overwhelmingly approve of this event and raise my cup of grog to them in salute, as a Pastafarian, I feel duty bound to point out that ITLAPD is actually falls on September 19th, every year.

May they be touched by his Noodly Appendage.

Splice the mainbrace and hoist that Jolly Roger.