Ryde residents can hear more about the support from the Chairman of the House of Lords Committee at tonight’s meeting being held at the Royal Esplanade Hotel from 7pm. 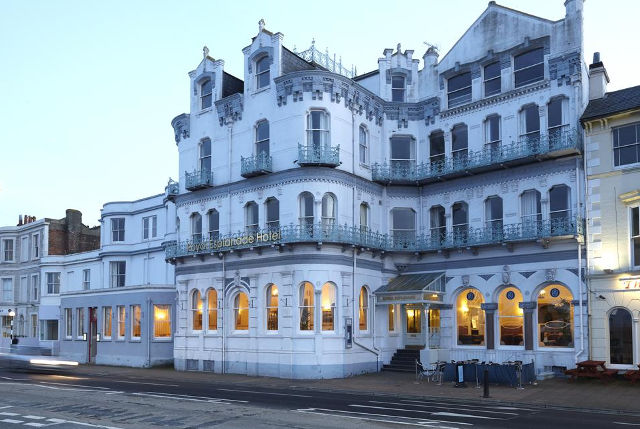 Ryde residents are invited to join others concerned about the future of the town’s heritage at a meeting being held tonight (Monday) by The Ryde Society at the Royal Esplanade Hotel from 7pm.

Support from the Lords
The Society has received some encouraging support from a leading member of the House of Lords responsible for the UK’s seaside town regeneration, who has shown his support in the fight to halt the loss of important amenities and conservation buildings on the Isle of Wight.

Lord Bassam, chairman of the Regenerating Seaside Towns and Communities Committee, spoke out last week after being informed that Ryde’s own town hall is among many buildings that have already been sold off by Isle of Wight council.

Ryde sites being sold off
Former Brighton councillor Lord Bassam was contacted by Jonathan Dent of the Ryde Society, which campaigns for the protection of the Island’s historic buildings and green spaces.

“Ryde is a seaside town at great risk. The Tory majority Isle of Wight Council have successively sold off amenity sites which has resulted in the town losing its Town Hall.

“Additionally the children of Ryde now have to travel to Gosport to practise their ice skating because AEW, a large multi-national, who were granted a 100 year lease on Ryde Arena, have now shut it down.”

Ryde esplanade for sale?
Mr Dent added that the Isle of Wight Council (IWC), under their ‘Regeneration’ proposals, have put all the seaside land on the front at Ryde up for sale.

“We understand they are inviting developers to build flats all along the front over all the current amenity land used by the bowling club, Ice rink, bowling alley, swimming pool, boating lake and green spaces used by the many festivals held on the Island.

“This will have the effect of taking away all the amenities tourists and locals need when they come to the Island. Incidentally these four-storey flats will cast a shadow over Ryde’s famous beach.”

“You make a number of very good points, especially the one about selling off the town hall. Many thanks for your email, which I read with concern. I love the Isle of Wight. Indeed, I spent a very pleasurable few days there this summer in Seaview.

“You might think also of writing into our committee pointing out some the issues in general terms and how you feel local people’s views are considered, or not. A good campaign in itself.”

Ryde residents can hear more at tonight’s meeting being held at the Royal Esplanade Hotel from 7pm.

Is there a report anywhere about this meeting please. I was working and unable to get along. Thanks.