Finally, someone will be making moves to re-open this much-loved venue. 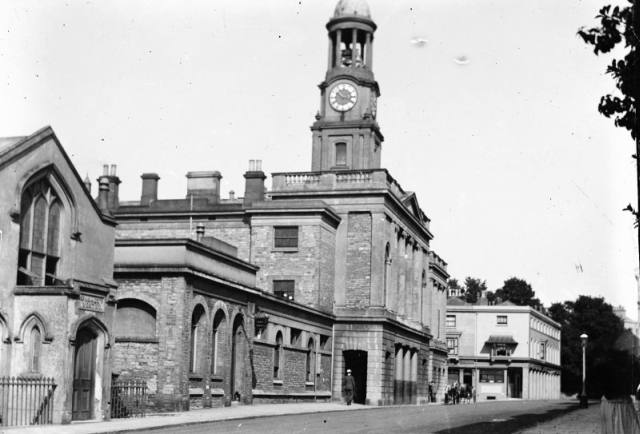 Following the news that Cllr George Brown had approved a delegated decision to sell Ryde Theatre for £300,000, a vacuum was left as to who will actually be buying it.

No more. It’s now been disclosed that Phantom Productions, a company owned by 25-year old Joe Gladdis, will take it over.

“I am working with some very well know promoters and event organisers”, he told OnTheWight, to “really make the theatre something special with regards to bringing big names over the water”.

“Clear plans”
Joe told the CP, “I have clear plans and am currently working with some very experienced professionals who are equally as passionate about creating something very special at Ryde Theatre.

“The theatre is a magnificent building but it does need a significant amount of work and commitment to bring it back to its former glory.”

A venue of that size and character has been desperately needed since the idea of closure was first floated by Cllr David Pugh and his party more than five years ago, in July 2007. This led to it being put up for sale less than two years later, in April 2009.

Yes. And what is the problem with that?

Whoah, defensive! Noone said it’s a problem. Quite interesting if it’s true, but has been hidden for some reason….

Vote Up00Vote Down
watching you
Lets face facts here, Ryde Theatre is a wreck, sad yes, avoidable yes, repairable, only with huge buckets of cash. And before anyone says ‘shanklin theatre did it!’ Remember Shanklin was a functional venue that the council ploughed 100k+ into after it was handed over and have just signed over most of the other equipment gratis. Whats left in ryde is at best jumble, building unstable, leaking… Read more »
Vote Up00Vote Down
mosey

No press release or update since February? Mmm……

This is something we asked about recently. The sale completed in April. It was sold on the open market without conditions, so there is no time limit on when it must be reopened.

Thanks for the update, Sally. Nice to know you are keeping an eye on this!

Let’s hope that this is an IWC sell off that goes well. I would feel better about it if the new owners could keep the clock going, though.

Perhaps Joe is too busy doing other things at the moment!

It would appear that my last comment on this saga has been removed. Why?

Please ignore my last post – it is now there!

Do we know anything about the new owners? Phantom Productions is the registered trade mark of a company based in Texas. Can it really be them?

We’re in contact with Joe Gladdis, the owner (he told us the CP got it wrong in saying there was a consortium of owners) and will have an update for you next week.

Still waiting for the update Sally!

Joe has promised to be back in touch in the next week with “some exciting news regarding the theatre”.

We’ll let you know as soon as we do.

Looking forward to the exciting news in the next 48 hours!

Any news? Or is this another for the list?

Well, the week is up and predictably still no news from Phantom Productions, a very apt name!
Surely the lack of communication is very ominous. No doubt you will chase this up, yet again, Sally!

Yes I have chased.

Where is Mr Manners, ACW?! I didn’t think Sally was at your beck and call. How about you making your own enquiries and reporting back?

Regret I haven’t got his details, tryme – Sally has and has been in contact with the young man, hence my enquiry. OTW reported there was ‘exciting news’ to come – so, where is it?

No word back from Joe yet, but looking at his Facebook page we can see that things are moving on with the theatre. He reported ‘a productive’ day last week, posting photos of the interior. You can see more here: http://wig.ht/2bbS

OK, you have to be logged into Facebook and be connected to Joe in order to see the photos taken around the theatre.

Rest assured, we will let you know once we’ve heard back from Joe.

Not looking good, is it?

I see the web domain has not been renewed.

Could the lack of news justify a new report?

If money is the problem, I wonder whether Joe is considering asking the public to donate towards bringing his building up to scratch, in readiness for commercial use, like the Sandown cinema would-be owner is doing. It seems to be an approved process.

You seem to misunderstand the concept of crowd-funding and for some reason appear to be making regular digs at the Save the Rivoli campaign. But that discussion is for another thread, not this one.

They’re not donations, you are buying something in return for your money, be it cinema tickets, a seat in your name, free use of the cinema etc.

You are over-reading my posts, Funder. I think I’ve already made it clear I don’t quite understand, and I have asked for previous completed examples of the same sort of situation, as that might make it click into place for me. Regardless, it still stands, I presume, that Joe at Ryde Theatre could follow the same route as the Rivoli.

Vote Up00Vote Down
Arthur
I think the different scale of the projects and the ownership situation rather rules out crowd funding. People might have contributed towards buying the theatre but are unlikely to pledge support to an owner or owners who might have bitten off more than they can chew. I hope I am wrong and that all is progressing well, but the lack of the promised announcements is worrying. We… Read more »
Vote Up00Vote Down
tryme

Do you think he or they could be waiting till there’s a clamour to pull it down, it’s in such a state; and then build something new? That would be a huge bit of Ryde character gone. I wonder if anyone at the Council has the authority any more to require answers on this.

Vote Up00Vote Down
ACW
In response to a Facebook message I sent to Mr Gladdis on 19th September, asking him why the ‘exciting news’ promised to ON THE WIGHT in the summer had not materialised, he replied as follows: “I apologise I’ve been extremely busy this week there will be pictures and a story to come but since purchasing the theatre I have had more friend requests from people who i… Read more »
Vote Up00Vote Down