Changes to library service to be considered by leading councillors

Library users in Cowes, Freshwater and Ventnor will be keeping their fingers crossed tonight as the Executive members consider recommendations on proposed changes to their libraries. 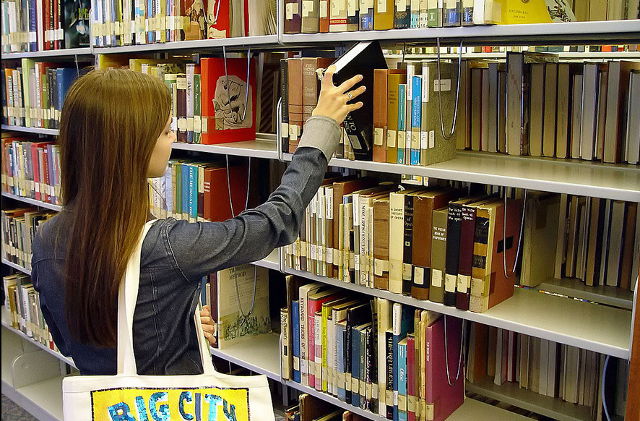 The Isle of Wight council’s (IWC) recent consultation on proposed changes to the library service attracted 1,032 responses from members of the public and town councils.

The proposed changes will affect the mobile library services as well as three libraries; Cowes, Freshwater and Ventnor. The proposals will call on the town and parish councils to consider a partnership run library in their area with the IWC.

Town and parish councils have their say
In response to the consultation, the clerk for Cowes town council said,

“I therefore trust that the consultation process will conclude the need for the library service to continue, at least in the form of a Community Supported Library and that IWC will fully support Freshwater Parish Council in its ambition to maintain and develop the facility beyond the IWC’s remit.”

Ventnor Town Council, which contains two deprived wards, have said they believe the library should remain staffed by two members of staff. The paper indicates they are willing to commit to the full year running costs of the building from 1 April 2016, but have not allocated budget for making the building fit for purpose.

The town council say they’d still like to see the library move from its current location on the High Street to Ventnor Central (the former youth centre) on Victoria Street opposite the Spar.

If the recommendations are approved by the executive committee, the previously proposed reduction in opening hours won’t go ahead.

Image: Arbeiterreserve under CC BY 2.0

newest oldest most voted
milly
Whatever happens the IOW Council shouldn’t let these buildings run down. The repairs need to be done otherwise the fixed assets could be wasted. I am sure that an agreement could be reached with Ventnor Council over two paid staff, The lease on buildings will probably have to be paid for by the IOW council for the time being as the town council couldn’t afford it out… Read more »
Vote Up00Vote Down