The new awards showcase the success of rural industries on the Island, and the awards for schools and young people demonstrate the very positive future of rural life on the Isle of Wight. 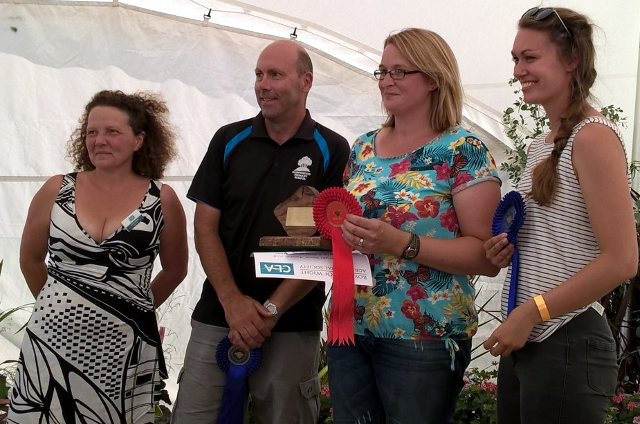 The CLA and the Royal Isle of Wight Agricultural Society have celebrated rural life on the Isle of Wight by handing out a new set of awards.

The awards reflect the work and focus of the society and the CLA, including trophies for rural businesses, young people and schools, and food businesses.

The winners were crowned at the Royal Isle of Wight County Show on Sunday afternoon.

And the winners are …
The Rural Business of the Year award went to Briddlesford Farm, while George Biss was crowned Rural Young Person of the Year.

The Sustainable Business Champion category was won by Island Riding Centre, while Tom Phillips was named Isle of Wight Farm Worker of the Year.

The awards recognised those individuals and businesses who represent the very best of rural achievement on the Isle of Wight.

The panel of judges, made up of Gill Kennett from the Royal Isle of Wight Agricultural Society, CLA Senior Adviser Claire Bennett, and independent judge Robert Lovegrove, assessed, met and interviewed the shortlisted finalists.

The start of something that can grow
Mrs Bennett, from CLA South East which represents landowners, farmers and rural businesses across the Isle of Wight, said:

“We at the CLA are proud to be a part of the rural community on the Island.

“We wanted to give back to this community and recognise some of the key players which make this Island as beautiful as it is, so we therefore came up with the idea of these awards.

“We hope this is the start of something which can grow, as a way of saying thank you to this amazing community.”

“Part of RIWAS’ charitable role is to raise awareness of rural issues on the Isle of Wight, and we also want to celebrate our successes.

“These new awards showcase the success of rural industries on the Island, and our awards for schools and young people demonstrate the very positive future of rural life here.”

News shared by Michael on behalf of the Country, Land and Business Association. Ed

Wouldn’t it be wonderful one day to be able to celebrate the ‘very positive future’ associated with a return to having an Island abattoir ?