The council plan to close many ‘external’ offices, selling them off, or stop paying rent. They’ll then spend up to £4m doing up County Hall to host 700 staff there

This is from the Isle of Wight council – Ed 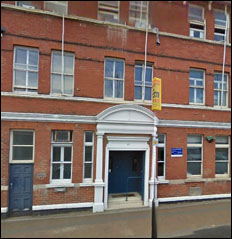 In a further measure to cut costs and streamline the organisation, the Isle of Wight Council has announced plans to drastically cut the number of its operational buildings and at the same time double the number of staff who work from County Hall.

The move is designed to raise £1.2 million in capital receipts and yield ongoing annual revenue savings of £1.8 million. It will also assist the council to effectively redeploy staff as it sheds over 500 posts to help the council find £32 million worth of savings in the coming four years.

Under the latest plans, leased offices including those in Langley Court, Lower St James’ Street and the High Street all in Newport, and at Medina Village in Cowes, will be surrendered, while owned properties including the Social Services HQ at Fairlee, the Family Centre at Atkinson Drive, Newport, St Nicholas House also at Newport and the social services office at the Town Hall, Ryde, will be among buildings sold.

12+ to be shed
In all, more than a dozen buildings will be either vacated or sold by March next year while the number of staff working from County Hall will grow from 350 to over 700.

As well as the financial advantages of this approach, public benefits include making County Hall fully compliant with the Disability Discrimination Act, increasing the range of services available to the public from what is a central location and also allowing more members of the public to access public meetings.

The plans will help dramatically reduce the council’s carbon footprint and also include options for other public sector organisations such as the Passport Office and the Department for Work and Pensions to operate from the new enhanced customer service centre.

County Hall conversion up to £4m
The scale of the revenue savings and capital receipts are such that the cost of the work – up to £4 million – should be recouped in just two years.

Because of regulations governing local authority finances, the money to be used on the project (capital) could not be spent on the delivery of services (revenue). Money saved from reduced operating costs (revenue) can however be used to support frontline and priority services.

IW Council chief executive Steve Beynon, said: “This is a major and very necessary review of the buildings from which we operate. It is clear that, certainly in the current economic climate, we can and must operate from significantly fewer buildings.

“In order to do this however, we have to modernise County Hall so it can safely accommodate greatly increased staff numbers and also more members of the public who will be able to access a greater range of services.

“The total capital investment – that does not take a penny away from ongoing services – will also be quickly recouped in the coming years.”

Mr Beynon said: “Alternative options such as building new offices or renting alternative office space were looked at and dismissed as they were too expensive and impractical.

“If we did nothing it would mean the council continued to work out of a number of buildings that are expensive to maintain and that would hinder our ability to deliver the financial savings and more efficient working practices that we must.

“It is important that as we look to reduce staffing levels, we also examine the number and suitability of the buildings from which this smaller workforce will operate. This long-term solution offers the most practical and cost-effective way forward.”

8 Comments on "Council To Reduce Number Of Operational Buildings"

newest oldest most voted
Paul Miller
â€œIn order to do this however, we have to modernise County Hall so it can safely accommodate greatly increased staff numbers and also more members of the public who will be able to access a greater range of services.” I’m trying to think of something ‘constructive’ to say at this point. This does appear somewhat self-serving of the Council – to refurbish rather than make do and… Read more »
Vote Up00Vote Down
Angela

I have it on good authority the IWC has plenty of good useable furniture in storage. I suggest they USE IT.
I don’t care about IWC Carbon Footprint – what I care about are loos, libraries and tourist info centres staying open. At the very least Cllr Brown should lose his tourism portfolio. Can we have a vote of no confidence ?

Vote Up00Vote Down
amused
i suspect the council may need to do a little refurbishment to meet health and safety guidelines since county hall will have many more staff in. I also suspect some furniture will have to be brought new. However, it does strike me that the bill is rather large for a lick of paint and a few office chairs and desks. Perhaps Benyon can get on and publish… Read more »
Vote Up00Vote Down
Mr Justice
Why do they always insult our intelligence? The very highly paid Mr Beynon and his masters, Pugh & Brown, for years had us fooled. We believed them when they claimed the council was a lean mean fighting machine, every penny of our money being wisely spent. But wait! Suddenly, they realise this was not the case at all, hundreds of staff were, in reality twiddling their thumbs,… Read more »
Vote Up00Vote Down
No.5

I wonder whether the cost of removing large amounts of entombed asbestos has been considered? Certainly not in the Â£4,000,000. Perhaps another Â£3,000,000? I am also very doubtful of the saving expected. It didn’t stack-up last time it was costed, just before the Tories came in. This lot are less talented than the Australian cricket team!

Methinks they protest too much. What a very long-winded excuse.