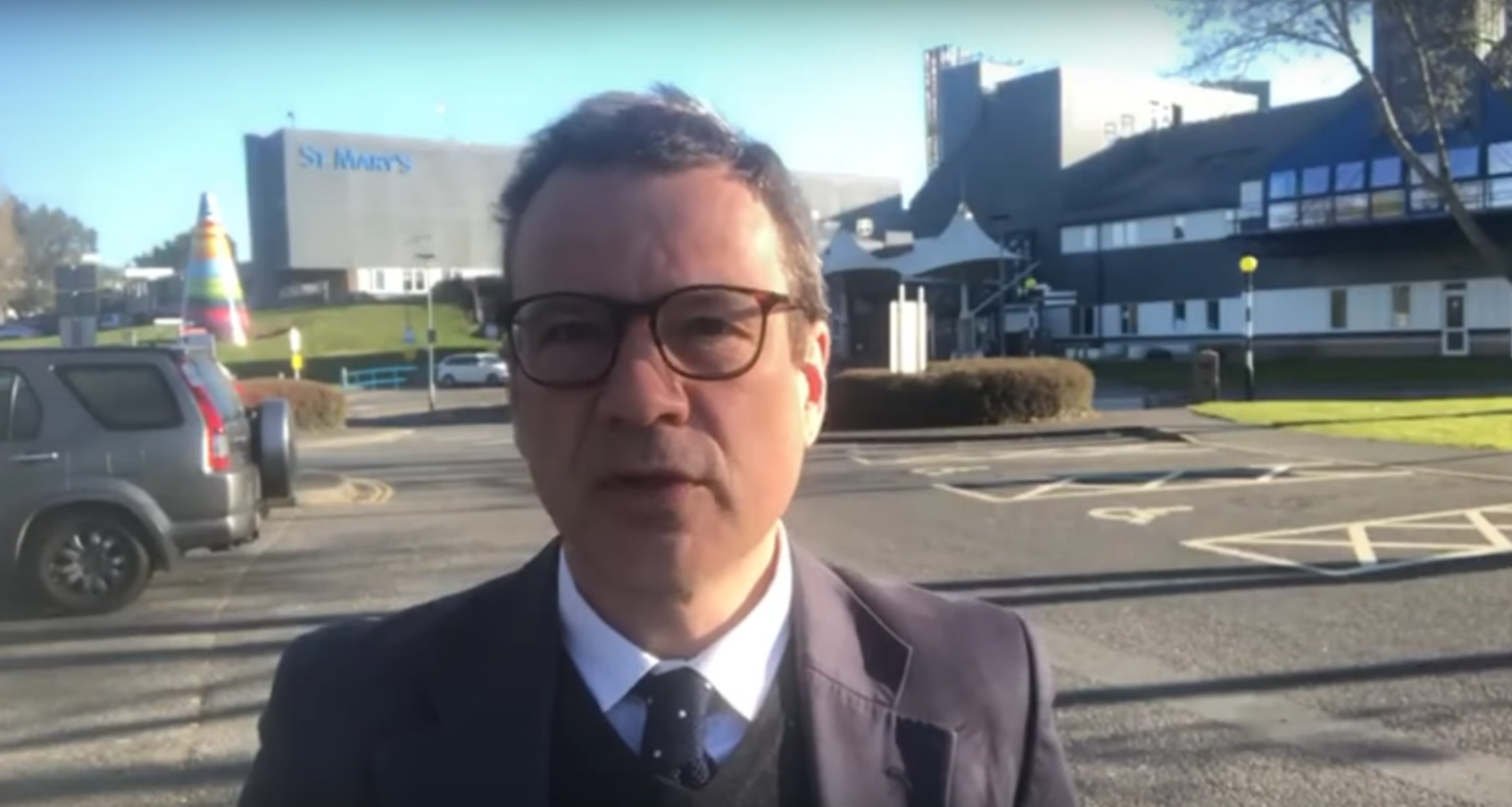 In response to concerns raised by Isle of Wight residents about access to Covid-19 tests, MP Bob Seely has written to Health Secretary, Matt Hancock, to urge him to take swift action to address what he says is clearly a system fault.

Access to testing a problem
Mr Seely said he is concerned by repeat reports that Islanders have been struggling to access both home test kits and appointments at the Island’s drive-through testing facility at Newclose Cricket Ground despite receiving assurances from the IOW NHS Trust that the drive-through testing site has ample capacity with some spaces going unused despite increasing demand for tests.

“The problem is a national one and needs to be addressed urgently. Health bosses on the Island are working hard to assist Islanders but they can only work with the system the government has put in place. The situation Islanders are currently facing is unacceptable.

“I have written to the Health Secretary to explain that the issue is made all the more acute here due to the Island’s separation from the mainland because accessing other testing facilities – whether it’s Islanders travelling to the mainland on vice versa – involves the use of a ferry which is not only inconvenient and costly, but also increases the risk of transmission of the virus to others travelling on the ferries.

“I’m sure Mr Hancock will share my concerns that the use of ferries to access tests contravenes clear government guidance about using public transport whilst seeking a Covid-19 test and I hope that he can reassure me that the problems with Covid-19 testing – both home test kits and access to drive-through sites will be addressed quickly.”

Mr Seely said the advice from health bosses here is to keep trying to get an appointment on the Island.

News shared by the office of Robert Seely. Ed

It’s more than a little worrying that people including the MP are talking about cross-Solent travel to tests as if it is a possibility this could already be happening. Surely the message should be that people MUST NOT do this, for everyone’s sake!!

This Conservative Government is totally incompetent.

Fancy allowing people who believe they are infected with COVID-19 to travel to the island for a test, exposing themselves to other members of the public on IW ferries..

Where, as I understand it, you are not allowed to stay in your car?

WTF is going on? There was some guy on LBC complaining that he lived in London & was sent to Newport IOW to get his family tested. Now we here people are going back the other way. Words fail me.

Vote Up180Vote Down
JossS
Send them to Winchester as I know two people who booked a test on the Saturday, got appointments on Sunday and results on Monday, that’s how it should be for the whole country! It’s criminal that our useless Conservative Government still haven’t got their act together obviously being privately educated (most of them) doesn’t teach you practical common sense and how to plan ahead. Hang your heads… Read more »
Vote Up15-1Vote Down
Spartacus

What an absolute shambles, let’s send people to the IOW for testing and risk a second wave. You couldn’t make it up if you tried. It’s bad enough with tourists flooding in showing no regard for residents. So the council have voted themselves an unjust pay rise, do something useful for once and stop this.

Note our spike in infections…. Due to holiday makers?
It would be nice to know the truth here….Is it a lack of testing kits or is it a lack of processing capacity?

More likely schools returning. Remember the younger folk were spiking the number of cases a few weeks ago. They’re now back in class, spreading the virus all over the place. How any govt could fail to realise schools would pressurise testing capacity is beyond me. It’s obvious.

Does anyone have firm evidence of people coming to the island for a test, or is this yet another political comment?

Go on Bob. Raise a concern. No need to actually do anything. Achieve anything? Nah. Did all I could. Anyone mind if I nick that sausage?