Another writing competition for budding writers of all ages

Budding IOW resident crime writers young and old have until the 22nd May 2011 to get their entries into Book2Love for the first of the Wight Fair Writers’ Competitions of the year! 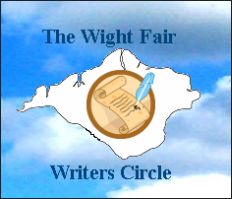 Each winning entry will receive a certificate at an awards ceremony at Castlehold Baptist Church, Newport on the 20th June, along with their prizes.

New sponsors
Carol Bridgestock has been lucky enough to be given sponsorship to run this competition for two years.

The mainland sponsor wishes to remain anonymous but we are also being sponsored by Hampshire and the IOW police. She is working with the Council, schools on the Island, the Hampshire and IOW police and many other partners to make this competition successful. The proceeds will stay with two Island charities, The Isle of Wight Homeless & Love Russia.

Crime & Intrigue
Hopefully, the theme of ‘Crime & Intrigue,’ will appeal to the inherent naughtiness and mischief in everyone especially the young boys as the government keep telling us they won’t read and write these days!

Carol and her husband Bob who are co-authors for crime novels are visiting schools in the area to talk about their own experiences working for the police and their crime writing.

Competition launched by scriptwriter
Scriptwriter Peter J. Hammond launched the competition. Peter is famous for his popular/detective shows such as The Gentle Touch, The Bill, Wycliffe.

However he is best known for the creation of science-fiction fantasy series Sapphire & Steel and the popular murder mystery series Midsomer Murders amongst many others.

Peter said, “I think the competition is a very worthy cause. Whether your story is fantasy or realism, I believe a good short-story should capture a moment or two in time, in the same way that a photograph or painting captures an event. It should make it’s point quickly and clearly, suggesting that what you see at first glance is what you get. Then add a surprise or a twist at the end and the story is complete. Good luck everyone!”

Get your entry forms
Entry forms and competition rules can be obtained by email from [email protected] or collect in person from Books2Love 53, Pyle Street, Newport PO30 1XB (next to the Santander Bank).