Dimbola are honoured to be the last place in the UK to display Terry O’Neill’s photographs of David Bowie, and still have a small selection on display until 15th December 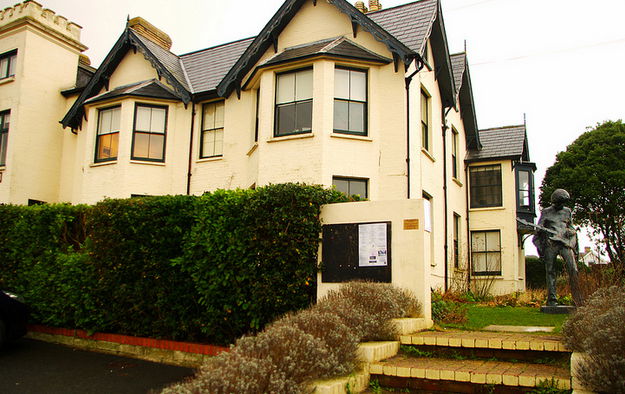 Earlier this year Dimbola Museum and Galleries hosted a fantastic exhibition of iconic images of the late David Bowie.

Dimbola are honoured to be the last place in the UK to display Terry O’Neill’s photographs of David Bowie, and still have a small selection on display until 15th December.

“We needed work by Terry O’ Neill to be central to our David Bowie exhibition in 2019 in the Olympus Gallery, in line with our ambition to celebrate the world’s greatest portrait photographers.

“Thanks to Carrie at Iconic Images, the company that represents the Terry O’Neill Archive, this happened, and she kindly allowed us to then transfer Terry’s work to our Isle of Wight Festival gallery.

“Bowie had played his first public show on the Island – at a scout camp near Shalfleet – and his last, at the 2004 Solo Festival.

“Thus the former home and workplace of Julia Margaret Cameron became the last place in his lifetime that a themed show by O’Neill was displayed to the public. Terry of course knew and approved this, although he was too unwell to come to see the show himself.”

A distinguished career
Brian went on to say,

“Terry photographed Bowie through the years, studio shots with Angie, posed portrait images of Bowie and a giant hound during the Diamond Dogs project, and the like, with the great image maker captured by the great image taker.

“O’Neill made his reputation in Sixties London, starting with the Beatles and the Stones, and himself led a celebrity lifestyle, marrying Faye Dunaway, and capturing Frank Sinatra on a boardwalk, ringed by heavies.  But he also took a series of elegiac portraits of the ageing Nelson Mandela, and his distinguished career saw him capturing the essence of his subjects, just as did Julia Margaret Cameron.

“This small show is now dedicated to his memory, and with the greatest thanks to Iconic Images.”

Top Image: © With kind permission of The Ancient Matelot