Major retrospective of David Bowie coming to the Isle of Wight

The Iconic Bowie exhibition showcases both stunning and intimate portraits of Bowie by some of the world’s greatest photographers. Don’t miss the Q&A with Kevin Cummins and the artists’ response. 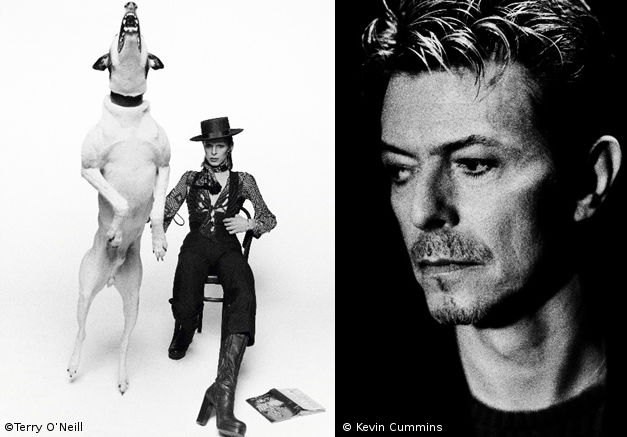 Iconic Bowie, is a major retrospective of the extraordinary life of David Bowie. A journey in which the Isle of Wight witnessed his first public musical performance at a Corf Scout Camp, Shalfleet in 1958 and Bowie’s last UK live show headlining at the Isle of Wight Festival in 2004.

Iconic Bowie showcases both stunning and intimate portraits of Bowie by some of the world’s greatest photographers. The photographs, from the extensive Iconic Images archive, were taken over his phenomenal 50-year career and draw into focus the remarkable contribution Bowie made to culture, music and art.

Terry O’Neill, Kevin Cummins, Markus Klinko, Justin de Villenuve, Milton H. Greene and Gerald Fearnley all had important roles throughout the visual life of this singular artist. Through the collective lens of these creative photographers, a true visual image of Bowie the artist was realised.

Manchester-born Kevin Cummins has an international reputation as one of the world’s leading photographers. He has photographed numerous bands and musicians including Joy Division, The Clash, Sex Pistols, R.E.M., U2, Patti Smith, Marc Bolan, The Smiths and of course David Bowie.

Cummins first photographed Bowie as the star’s alter ego, Ziggy Stardust on his Aladdin Sane tour of 1972-1973 and went on to photograph and be influenced by him throughout his career. Cummins can remember the effect of seeing Bowie on stage.

“I went to see David Bowie when I was in my teens. I had never seen anything like that on stage and I had seen various things which were all very flashy and very showy. Now, it may seem normal but at the time nobody really had that kind of theatricality in rock ‘n’ rock.”

Exploring the Isle of Wight/Bowie connection there will be a rare display of ephemera tracing Bowie’s early footsteps on the Island. These include copies of The Bowie Bureau (1977-1982) a magazine produced by two long-standing friends and sent from their Ventnor home to destinations throughout the world as well as adverts from Bowie’s three early appearances at Ventnor Winter Gardens with Davy Jones & the Lower Third in the summer of 1965.

All exhibition images are limited editions and available to purchase.

The exhibition is open daily from 7th June – 18th August.

This will be a must see show for anyone attending the IW Festival too! A great opportunity to see world class photography on the Isle of Wight :)

Wow yes I saw David Bowie at Glastonbury and can rememerber just how great he was. He was amazing and it was wonderful to watch him at his great performance.