Proving to be an excellent role model, Donna Langley, 41, who grew up on the Isle of Wight, has been named co-chair of Universal Pictures. 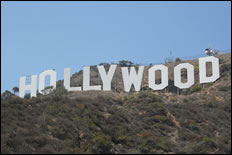 Previously head of production at the studio, Donna will be two-handing it with Adam Fogelson who was previously in charge of marketing there.

It’s understood that she will be the first British woman to run a Hollywood studio.

Looks like she’s going to be having a busy time. Not only will she continue to oversee all production, as per her previous roles, but she will also assume responsibility for Focus Features and Working Title films.

While she’s taking over now, trade publication, the Hollywood Reporter, thinks that it will be 2011 before the new teams efforts will start showing.

Donna is clearly a big hitter, the Hollywood Reporter has this summary of her career.

Langley came to Uni from New Line in 2001 as senior vp production. She became production president in 2005 and is credited with playing key roles in attracting filmmakers such as Michael Mann and Clint Eastwood as well as nurturing talents including writer/director Judd Apatow.

Give us a call
If you read this Donna, do give us a buzz, we’d love to have a chat. The same goes for anyone else who knew her on the Island while she was growing up.

By way of finding out more about here, IMDb has some info on her, as does Zimbio, which also has pictures of her.

UPDATE 3: More details on Variety; Women & Hollywood and from the official press release.

That is brilliant!
Really a good inspiration to any english film students thinking they won’t make it in Hollywood.
I hope she does well, coming from the island she bloody better do!

I think this is an amazing achievement – to leave from the Isle of Wight to run one of the biggest entertainment companies in the world.

Well done Donna from everyone one the Isle of Wight.

Ditto the above. A great boost for the Island and women in general. Go Donna!