Compared to the year before the number of Isle of Wight patients being airlifted to the mainland for emergency hospital treatment has dropped significantly. OnTheWight has the details. 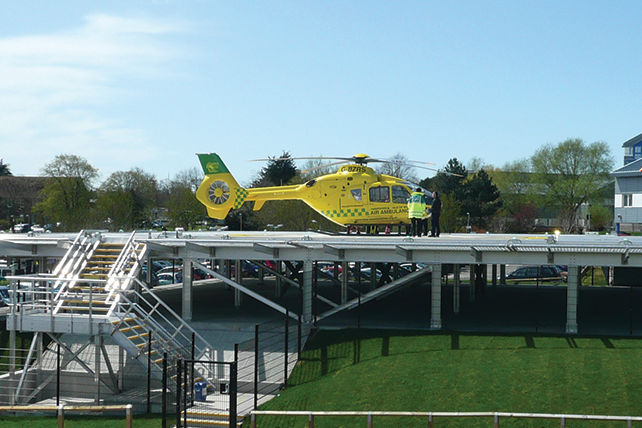 The number of Isle of Wight patients being airlifted to the mainland for emergency hospital treatment has dropped significantly.

A trust spokesperson said there was no specific reason for the decline.

Used 2-3 times per week
During the last year the helipad was used, on average, two to three times a week. In 2016/17, it was used four to five times a week.

Helipad usage continues to be split almost equally between the UK Coastguard and air ambulances.

Last year, 89 patients were taken to the Queen Alexandra Hospital, Portsmouth, 42 to Southampton General, one to Salisbury and one to the Royal Marsden.

Is this drop in use of the actual Helipad down to patients being airlifted direct from other sites to mainland hospitals?