Cllr Hobart congratulated the 70 young Islanders who were recently presented with their Duke of Edinburgh Medals, adding that the DofE scheme really does help shape future leaders. 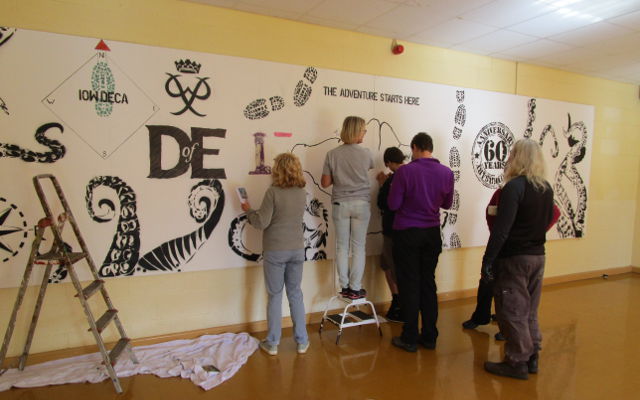 The event took place at the Isle of Wight College, Newport and saw 77 young Islanders receive their awards from the Lord-Lieutenant of Isle of Wight, Major General Martin White.

They all carried out various tasks over the last year which helped the Island’s community, including volunteering with charities or other local organisations, as well as undertaking expeditions, learning new skills and participating in sporting activities.

“I’d like to congratulate all our award recipients on their achievements – it shows they have the self-motivation and will to succeed. I wish them all the best in the future.

“I believe that the DofE scheme gives the opportunity to push yourself and really does help shape future leaders. Life isn’t just about academic achievements, it is also about community involvement, awareness and responsibility – all of which are explored under the DofE award scheme.”

Support from volunteer leaders
Guests were welcomed to the presentations by Terry Gaskin, the college’s DofE manager. All the participants were supported by volunteer leaders from schools and organisations across the Island including Cowes Open Award Centre; Brading Youth Club, Island Innovations, Medina College, Challenge and Adventure, Newport Open Award Centre, Christ the King college and Isle of Wight College in Newport.

Get involved
DofE programmes are delivered in the UK under licence by over 2,600 partners, (Licensed Organisations, such as the Isle of Wight Council and our schools), who offer it in over 10,000 DofE centres such as youth clubs, voluntary organisations, schools, academies, colleges, universities, young offender institutions, hospitals, homeless shelters and businesses, which are run and supported by around 40,000 adult volunteers.

Anyone aged 14 to 24 can enrol on the DofE scheme. To do so, they should email: carol.taverner@iow.gov.uk

Duke of Edinburgh Award is very good: my daughter did it and learned so much about who she was and where she was going…