The Drag queen Conchita, who won Eurovision in 2014 for Austria with her song ‘Rise Like A Pheonix’, is heading to the Isle of Wight in July to headline at IW and UK Pride 2018. 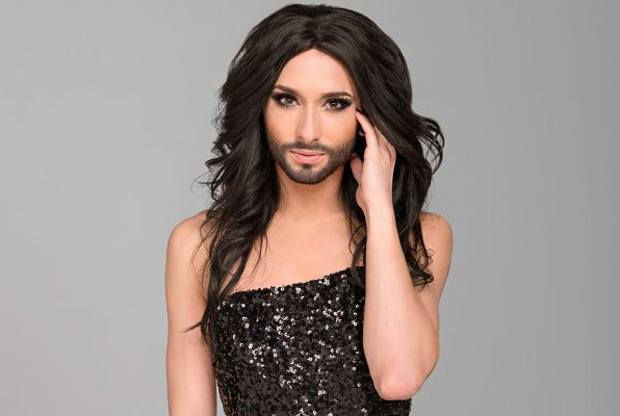 A former winner of the Eurovision Song Contest is to perform at Isle of Wight Pride on 21st July, it has been announced today (Friday).

Drag queen Conchita, who won the contest in 2014 for Austria with her song ‘Rise Like A Pheonix’, will perform at the event in Ryde, which has been given special status this year as ‘UK Pride’. This comes just weeks after the artist announced that she is HIV positive, in a move to reduce stigma about the condition.

Conchita: “So excited to be coming to Isle of Wight”
Conchita said,

“I am so excited to be coming to Isle of Wight Pride, this year’s UK Pride. I had such a warm welcome on Pride in London’s main stage in 2014, and the idea of performing at the only Pride on a beach is so exciting.

“Isle of Wight Pride also puts global LGBT human rights at the centre of what they do, and we all have work to do to increase awareness for those less fortunate than ourselves. I’m looking forward to being a part of that on 21st July!”

“Conchita’s last Pride performance in the UK was four years ago to a packed Trafalgar Square at Pride in London, and so we’re honoured to have her perform for us this summer.

“This is likely to be her only scheduled UK performance for 2018 and we can’t wait to see her perform to the crowds on Ryde Beach!”

Supporting ‘U equals U’ campaign
The Isle of Wight Pride organisers will use her appearance to promote awareness that people living with HIV, and who adhere to treatment, cannot pass the virus on to anyone else.

“We are partnering with NAM, providers of the HIV information Website ‘aidsmap’, to help people understand that people who have an undetectable level of the virus in their system can’t pass it on. The campaign is called ‘U equals U’, for undetectable equals untransmittable. There is still so much stigma around HIV and Conchita’s presence helps us address this.”

“Despite huge medical advances, HIV remains one of the most feared medical conditions of the modern era.

“Accurate information is the best way to tackle that fear. The knowledge that someone on effective HIV treatment can’t pass it on to sexual partners is transformative. It has the power to encourage HIV testing, to challenge the stigma that people with HIV face and to improve the lives of all people living with HIV. I salute Conchita’s courage in being open about her HIV status, and her willingness to use her position to educate about HIV.”

“We are very happy to welcome everyone at EuroPride 2019 in Vienna and proud to have Conchita as our EuroPride Ambassador and to spread the love around Europe during our Pride travels with her!

“We are so looking forward to spending a fabulous time at UK Pride on the Isle of Wight and to show support to each other!”

HE is just a twit, the only bigger twits are the ones that in courage HIM and make HIM rich.

So many singers these days are better known for what they look like than what they sound like. I haven.’t the slightest idea what this person sounds like & I suspect neither do many others.
Mississippi Fred McDowell didn’t achieve undying fame through his good looks