Rowers from Ryde Rowing Club competed in their second event of the season at the weekend – the Southampton Rowing Club Coastal Head of the River. 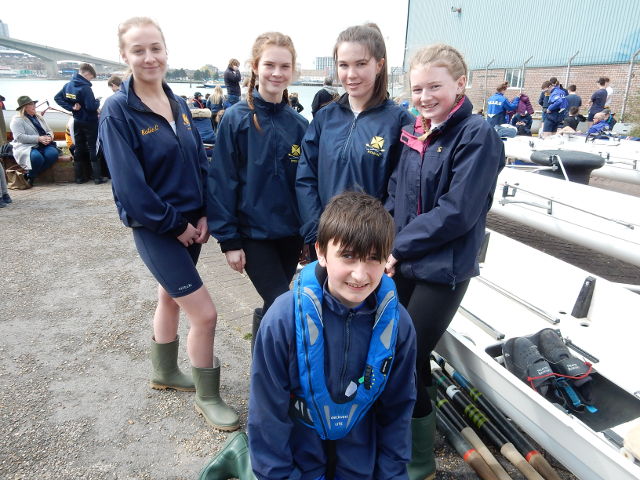 Ryde Rowing Club competed in their second event of the season on Saturday – the Southampton Rowing Club Coastal Head of the River raced over two divisions over a three and a half mile course on the River Itchen in Southampton.

In the first division the Club’s Coastal Junior Four of Tom Starkey, Ben Sanderson, Tye Cameron and Austin Smith with Dan Sanderson coxing produced a good performance, although they would have been a little disappointed with their seventh place finish in a strong field.

In only their second race, the rowers produced an excellent performance against much older opposition, finishing in fourth place –  although a minor course infringement resulted in a fifteen second time penalty, that cost them a place.