Residents waited with baited breath at last night’s Executive meeting to hear whether Members would approve funding that would allow them to get back into their homes. 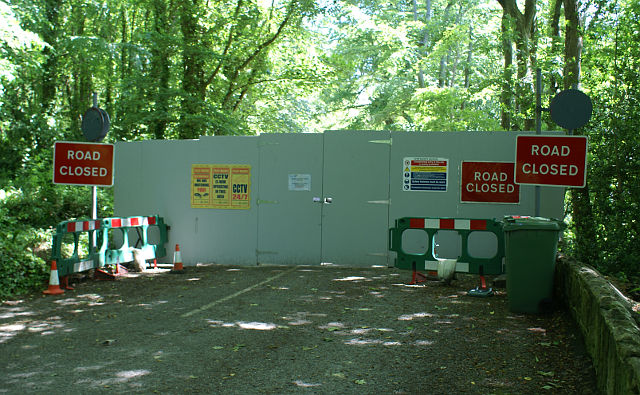 At last night’s Isle of Wight council Executive meeting, members voted in favour of allocating up to £500,000 to explore three possible options on Undercliff Drive.

Now funding has been agreed, the next stage in the ongoing saga will be for three possible options to be explored.

Those, as set out in previous reports are:

Assurance of swift action sought
Residents who were evacuated by the council in February 2014 – and are only able to access their homes by foot and at their own risk – will be seeking assurances from the council that the matter is now dealt with as quickly as possible.

How long the next stage will take is unknown or whether the items need to return to Executive for approval.

The vote
Cllrs Jon Gilbey and Richard Priest left the chamber during the deliberation due to a personal interest in another expenditure (Rush Close) included on the agenda item.

All other councillors present voted in favour of the budget funding allocation, except Cllr Kendall who abstained.

Declaration of interest
At the beginning of the meeting, deputy leader of the council Steve Stubbings sought advice of the Monitoring Officer, Davina Fiore, as to whether he needed to declare an interest. Undercliff Drive falls within his county council ward.

Mrs Fiore asked whether he had personal or business connections along Undercliff Drive. Cllr Stubbings replied he did not, so it was therefore not necessary for him to declare an interest.

Well we knew that.
The question is just how long the next big think will take.
Time rolls on……..

Those who didn’t attend the meeting or follow the live coverage wouldn’t have known about the decision, hence the article.

On the point about how long until the work is agreed, started and residents can get back into their homes, I agree wholeheartedly.

The question has been put to the council this morning. We’ll let you know once we hear back.

Vote Up00Vote Down
sam salt
I know little of the Undercliff Drive debacle and can only feel for those affected. How dismal then to read that one councillor abstained from the vote. This is an opt out by any standards and if the councillor concerned cannot make up their mind on issues of such importance then they should question whether they are the right calibre to be a councillor. I read somewhere… Read more »
Vote Up00Vote Down
Dementia

And another made a vain stab at abstaining….

Can’t you see that to abstain is a choice?! !