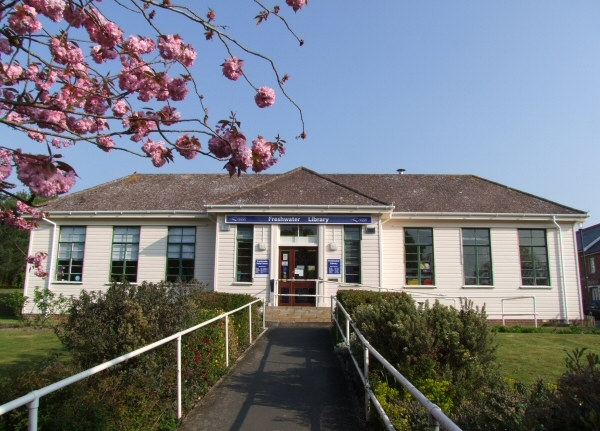 A community group’s plans to extend a library to provide more activities have been cancelled — due to the projected cost.

Friends of Freshwater Library (FOFL) had been working on plans to extend Freshwater Library, on School Green Road, for the past few years with an aim to provide more space for arts, culture and education and even possibly a local heritage exhibition.

“We felt it would be an unfair burden on the community to ask [them] to fundraise the sums needed, and moreover we then had to question the potential value to the community of the new space, in proportion to the high cost.

“So, we have decided not to go ahead with this large project.  We hope [people] will understand our reasons, and I’m sure that although some will be disappointed, others will breathe a sigh of relief.

“We have however assured Freshwater Parish Council, who own the premises, that we will support them should they decide to take on such a project in the future.”

Money donated to FOFL from local sources for the extension has been pledged to be spent on smaller development projects over time to benefit the library and/or the premises.