Gordon’s family say he was happiest when on two wheels and that losing him has left a hole in their hearts. He will be missed amongst the Island motorcycle community and our thoughts are with them all 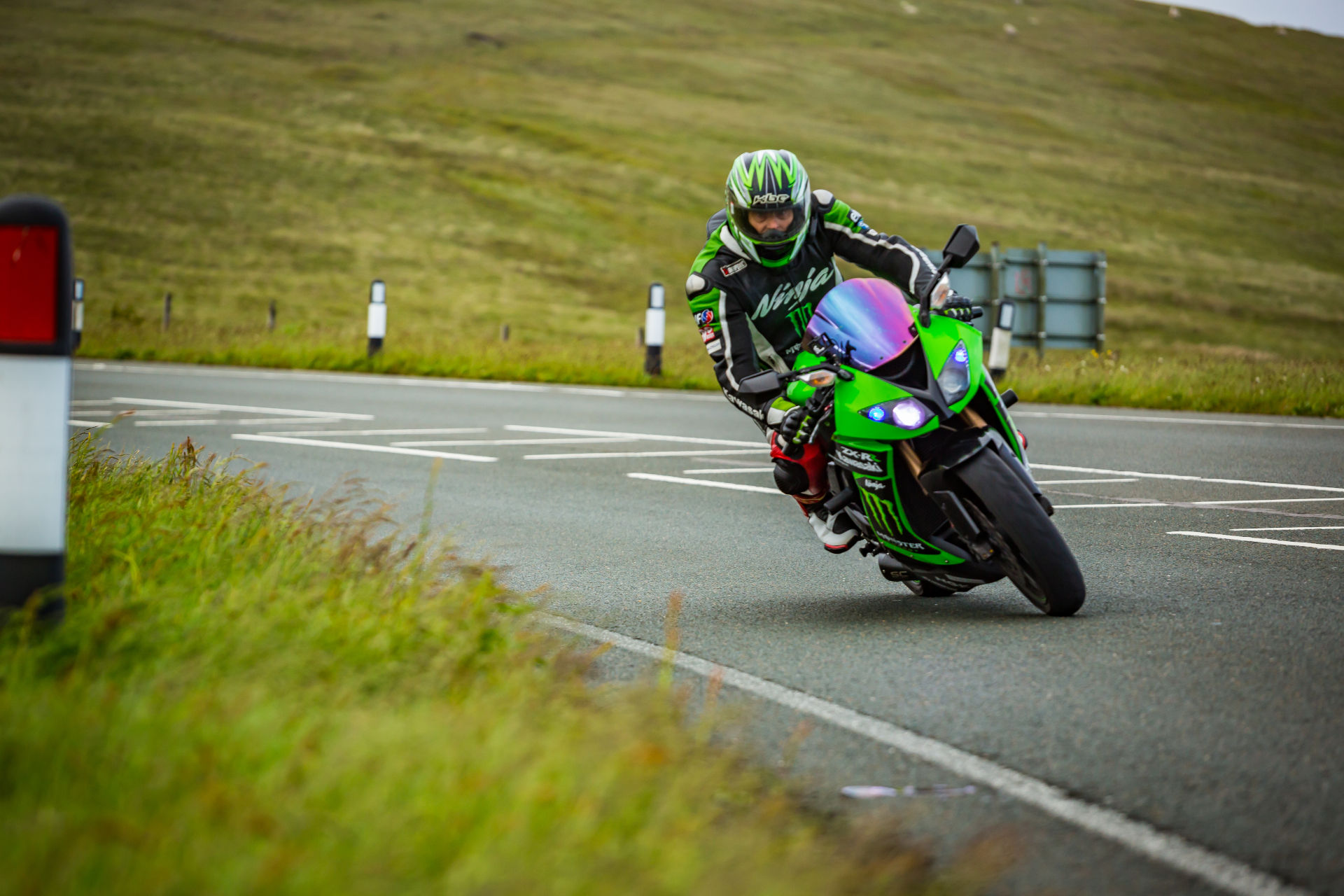 The family of a man who sadly died in a collision near Niton on 1st July have today paid tribute to him.

Police were called just before 9pm to a report of a collision at the junction of Southford Lane and Newport Road involving a Kawasaki motorcycle and a Volkswagen Transporter.

Despite the best efforts of paramedics, Gordon John Endler, 62, of Merstone Lane, Arreton, was sadly pronounced dead at the scene.

“At his happiest when on two wheels”
Paying tribute to him today, his son Joe said his father was happiest when on his motorcycle, and the family have released a picture of Gordon riding his bike on the Isle of Man.

“Dad was a motorcyclist through and through. He was at his happiest when on two wheels.

“He was a well-known member of the Isle of Wight motorcycle community and could often be seen on his green Kawasaki ZX10 R.

“Not only a father, he was also my best friend.

“He has passed onto me this passion for motorcycling and in the future I intend to ride in his memory.

“Dad will be sadly missed by his family and friends, he will leave a hole in our hearts and will be missed amongst the Island motorcycle community.”

Get in touch
Officers are continuing to investigate the exact circumstances of the collision.

newest oldest most voted
Tamara
My deepest sympathy to Gordon’s family. The junction at Southford near Whitwell – rather than Niton – is very dangerous, as visibility is very limited indeed. Traffic coming from Godshill towards Whitwell needs to slow right down when nearing that junction. There should be warning signs. And traffic coming from the Niton direction and turning towards Whitwell, across the carriageway, needs a mirror, as visibility to the… Read more »
Vote Up150Vote Down
Tamara

The junction at the Niton end of Southford Road with the Newport road is also dangerous, with limited visibility, and needs warning signage and perhaps a low speed limit on the Newport road. Otherwise there are more serious accidents waiting to happen at both ends of this lane.