Federation Governors make their decision over move of Yarmouth School 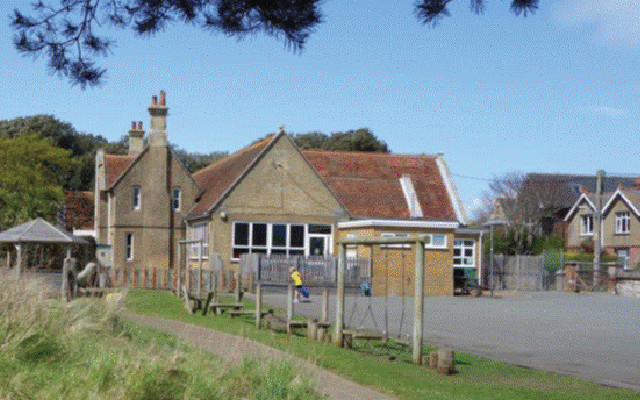 At an extraordinary meeting last night, the Governing Body of the Federation of Shalfleet and Yarmouth Church of England Primary Schools considered their proposal to move Yarmouth CE Primary School to Freshwater in the West Wight school places saga.

The Governing Body was advised that this was a change that fell outside the formal statutory process. After the Local Authority’s withdrawal of its Statutory Notice in August 2019, as previously reported, the LA met with the Governing Body to discuss strategic school place planning in West Wight.

Following this meeting, the Governing Body have been on a journey to clarify the Local Authority and Diocese of Portsmouth positions with regard to school places in the area and how the process could be managed and funded. During this time, we have also engaged with staff, parents/carers and other interested parties.

‘Fair procedure’ followed
We have been careful to follow the relevant DfE guidance (Section 4 of “Making significant changes (‘prescribed alterations’ to maintained schools”) and as part of following the required “fair procedure”, we have undertaken an informal consultation taking into account Government consultation principles where applicable.

The Governing Body has reviewed the responses to the informal consultation and regularly updated a Frequently Asked Questions document to keep staff, parents/carers and other interested parties informed.

Diocese in agreement with IWC
As the process has developed we have worked closely with the Diocesan Board of Education of the Diocese of Portsmouth, who (as the “Relevant Religious Authority” for Church of England schools) have a particular focus on the quality of church school provision for all current and future West Wight children.

The Diocese confirmed to us they are in agreement with the Local Authority’s strategic view of place planning for the area and gave us written consent to move Yarmouth CE Primary School to the All Saints’ site in Freshwater, should the Governors decide to do so. The DBE will also deal with land and trust matters as necessary.

LA would close school if not moved
The Governing Body understand that, if they were to decide not to move the school and if the LA then decided to close the school, the Diocese has made it clear they would not refer this decision to the Schools’ Adjudicator.

At this point in time the Governing Body has no intention of changing the Planned Admission Number (PAN) for the school.

Any changes to admission arrangements would be managed with the support of the Local Authority school admissions team.

LA committed to making the move work
We have secured the absolute commitment of the Local Authority to making a potential move work for all the children involved, including providing educational, financial, legal and other support during the transition period and beyond.

The LA have confirmed that the planned Priority Schools Building Programme 2 (PSBP2) investment is at its final stage of approval and that the entire refurbished Freshwater site would be made available to Yarmouth CE Primary School should the Governors decide to move.

Subject to funding sign-off
The decision to move the school is subject to the sign off of the PSBP2 investment or an equivalent substantial Local Authority Capital Grant to ensure the premises are fully fit for purpose.

In the light of all the representations made to us by staff, parents/carers and other interested parties and in the context of the policy decisions made by the LA and the Diocese, the Governing Body felt that they had the relevant information available to be able to make a choice with regard to the future location of Yarmouth CE Primary School.

Decision to move the school
The Governing Body took, last night, the unanimous decision to take the opportunity to move Yarmouth CE Primary School to Freshwater in September 2021.

We believe that securing the future of our high quality staff team will enable them to deliver excellent, stable education for all pupils now and in the future in this new location.

New school fit for the 21st Century
It is closer to where most of our children live. And, because our decision is conditional upon the investment in a new building being confirmed, we are confident that future pupils will be taught in a school that is fully fit for purpose for learning in the 21st century.

We now look forward to working with the Local Authority, the Diocese, staff, parents/carers and other interested parties on an appropriate transition process to make this a positive experience for all, but most importantly the children who are at the centre of all we do.

News shared by Carla on behalf of the Governors of Yarmouth and Shalfleet Federation. Ed