The FBU says that Cabinet pass this review, the safety of the Island’s public and its firefighters, and the inability for a crew to carry out full firefighting duties on arrival as the first appliance will fall at the feet of those Members. 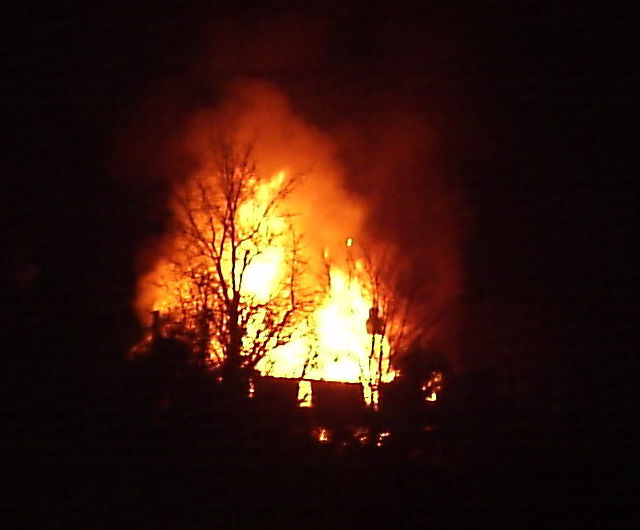 This latest shared on behalf of Fire Brigade Union Isle of Wight. Ed

The safety of firefighters on the Isle of Wight and the public they protect will be put at risk if plans are given the go-ahead on Thursday 11th October to reduce the size of fire crews, the Fire Brigades Union (FBU) has warned today (Wednesday).

Isle of Wight Council Cabinet will vote on Thursday whether to cut the number of firefighters in each fire crew, from five to four, in a desperate bid to save cash.

The review should be conducted using risk-based data, not demand, as instructed by the National Fire Chiefs Council in a recent circular.

The union says a crew of four firefighters is not able to provide the full range of aggressive firefighting tactics (i.e. committing firefighters into a burning building) in a safe, controlled and timely manner that a crew of five can.

Cabinet should reject unacceptable, dangerous proposal immediately
Council Cabinet members will be asking firefighters to undertake working practices on a daily basis, which national guidance stipulates is for exceptional circumstances only. It is a complete misrepresentation of the agreed standards, says the FBU.

“These proposals, if agreed by the fire authority, will put lives at risk. Fire crews will be under immense moral pressure to either act before appropriate resources are available at a fire or wait for sufficient backup. This proposal is not linked to any change in the risk faced by firefighters. It is a purely financially driven decision.

“Having only four firefighters on a fire engine will place crews and the public at an intolerable risk of serious harm or possibly worse. The cabinet should reject this unacceptable, dangerous proposal immediately.”

There may be casualties as result of changes
He added,

“A crew of four not only puts firefighters at greater risk but also the public. You need five firefighters in a crew in order to carry out safety critical jobs. Anything less and it means we cannot properly prepare for either firefighting or rescue operations.

“There is a real possibility that a crew of four turn out to a house fire but cannot affect any rescues until backup arrives. They face a huge moral dilemma. Either break service protocol and begin rescue operations without the right support, for which they increase the risk of being seriously injured themselves, or they wait for backup and hope those in danger can survive. In most cases the firefighters will step in but it is a very dangerous and hazardous way of working. There may be casualties as a result.

“Other Fire services may operate with four crew. It is not right, but at least they have the support of other immediate appliances within minutes. The Isle of Wight does not have that capability or the immediate support from its neighbouring County.

“This is the third attempt for the Fire Authority to attempt to get its Service Review through with cuts to crews and potential loss of posts, and therefore Island jobs, in order to save on its budget. Previously it has been rejected for lack of detail. This is the same idea but a different paper. Not the Impact report on the previous options that was expected or required.”

“Firefighters’ views on safety must be listened to and included in the review. It has been stated that the new review will give more firefighters on duty. It won’t give any more immediate appliances than we have now.

“It may give more immediate cover at weekends, but weekend cover from RDS crews at weekends is not an issue.

“It will not give greater immediate cover at night. A fully crewed and resourced retained firefighter staff is part of the answer.”

Up to 8 posts may be lost
Spencer finished by saying,

“Up to eight posts may be lost in this review. The Cabinet are stating there will be no redundancies.

“This is only because management have tactically placed eight firefighters on temporary contracts and can easily end those contracts. These are Island jobs that put money on the table of Island families and into the economy of the Island.

“If the cabinet pass this review on Thursday then the safety of the Island’s public and its firefighters, and the inability for a crew to carry out full firefighting duties on arrival as the first appliance will fall at the feet of those cabinet members.”

These are the firefighters themselves saying this will put lives at risk.
What part is the IOW Council not getting?
This is risking people’s lives to save money, nothing else.

Vote Up23-1Vote Down
Stewart Blackmore
Jane is absolutely correct. What was abundantly clear lfrom last night’s meeting is that the views of those at the sharp and dangerous end – the firefighters themselves – have had their views ignored. Let there be no mistake here, this IS a cost exercise despite Tig Outlaw’s long, verbose and flawed report. I have not met one firefighter (and I have met many) who agree with… Read more »
Vote Up140Vote Down
hermit

Anyone seen the photos of Cllr Ian Ward on Facebook shopping for trousers on his phone, then falling asleep during this debate? Disgraceful.

That’s what happens when old men get voted onto the Council.