Thunderbolt, the winner of the first Cowes-Torquay-Cowes race has just undergone a repaint and minor repairs and will be in Cowes this weekend, as will seven times world power boat racing champion, Richie Powers. 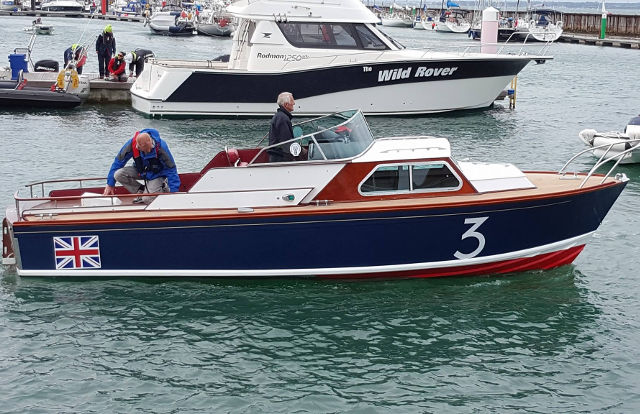 Mike James of the Classic Offshore Powerboat Club has been in touch to let readers know that not only will Dry Martini (see more below) be making its way to Cowes for the Cowes-Torquay-Cowes race this Sunday, but also the first winner, Tommy Sopwith’s Thunderbolt, will also be in the Yacht Haven at the Classic Powerboat Rally which takes place on the same weekend.

She’s just come out of Whittles Boatyard, Yarmouth after undergoing a repaint and minor repairs to keep her in top fettle at the grand old age of 56 years. 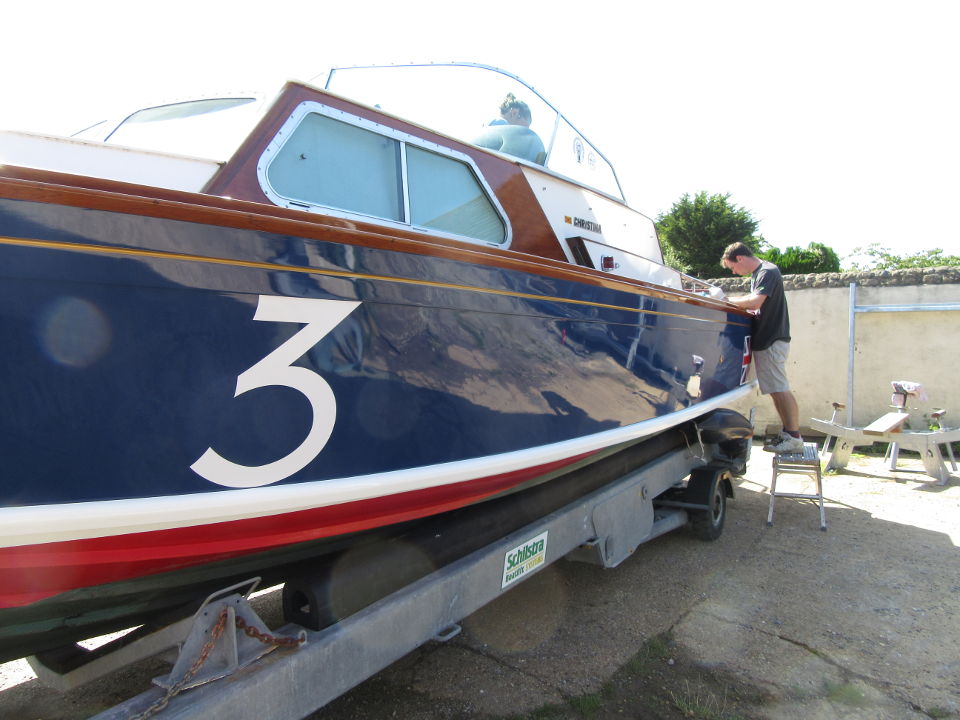 Richie is part of the team taking part in the world’s most prestigious off shore powerboat race, the Cowes-Torquay-Cowes, now in its 57th year, which takes place on 27th August. 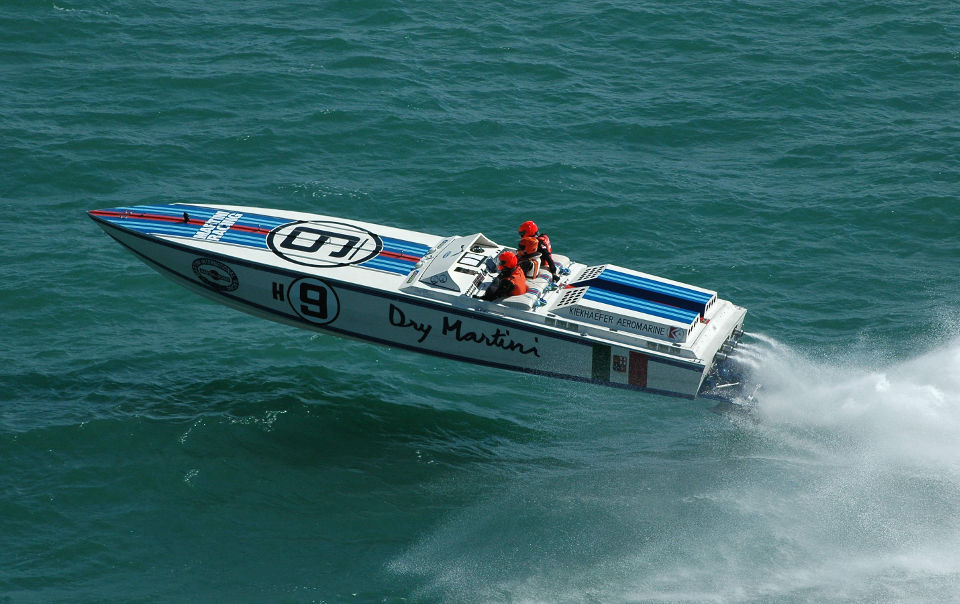 “I am very excited to return to Cowes after 45 years, when I first went and won the race. And to be part of the Dry Martini team, the boat I won my second world championship in 1974, is a very special event for me. It brings back a lot of memories. I have racing in my blood and this reunion with the boat I love, racing in the Cowes-Torquay-Cowes, it just doesn’t get better.”

Where to watch
The race takes place on Sunday and involves 18 boats, with teams from Belgium, Italy, Poland Ireland and the USA.

Race boats will pass at speed in a convoy past the Snowden sailing mark before starting the actual race to the sound of the cannon between The Royal Yacht Squadron line and the north of Gurnard North Cardinal Buoy at 9:30am.

Depending on the conditions the fastest boats should appear back in the Solent from soon after 3.00pm for a finish off the Gurnard North Cardinal Mark at Egypt Point, Isle of Wight.