The birthplace of international powerboat racing will be welcoming the fleet of 18 powerboats for the iconic Cowes – Torquay – Cowes powerboat race over the bank holiday weekend. See the boats and meet the drivers. We have the details and timings. 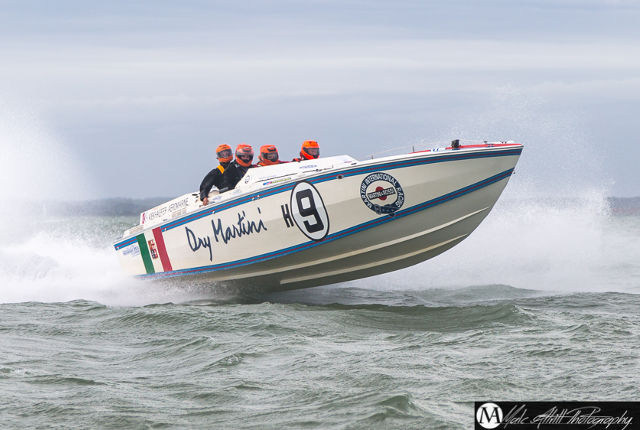 It’s time again for the world’s most prestigious offshore powerboat race, The Cowes to Torquay, Torquay to Cowes.

Cowes is recognized as the birthplace of international powerboat racing. It is therefore fitting that every year some of the biggest, brightest, loudest and most powerful boats in the world assemble to re-enact the famous race from Cowes to Torquay then turn around and race back from Torquay to Cowes where the first race was hosted in 1961.

18 boat racing fleet
Dawn in Cowes on Sunday 27th will break to the sound of roaring engines and activity on the water will be evident from approximately 08:45 when the 18 boat racing fleet will parade pass Cowes Green before mustering to the east of the Cowes Harbour entrance.

Race boats will then pass at speed in a convoy past the Snowden sailing mark before starting the actual race to the sound of the cannon between The Royal Yacht Squadron line and the north of Gurnard North Cardinal Buoy at 09:30, the main race will be followed by the popular Cowes-Poole-Cowes race start at 09:45.

Depending on the conditions the fastest boats should appear back in the Solent from three for a finish off the Gurnard North Cardinal Mark at Egypt Point.

Meet the drivers
The boats will be located at the wet pits at each end of the race course and excellent viewing opportunities will be available for spectators. Remember to allow enough time to get back to your favourite vantage point once the boats start their engines.

The drivers are keen to meet with their fans, which will include two legendary offshore racing drivers from the United States, one is three times Cowes winner Richie Powers who with Charlie McCarthy will be travelling over to be part of 2017 ‘Dry Martini’ Cigarette racing team (pictured). 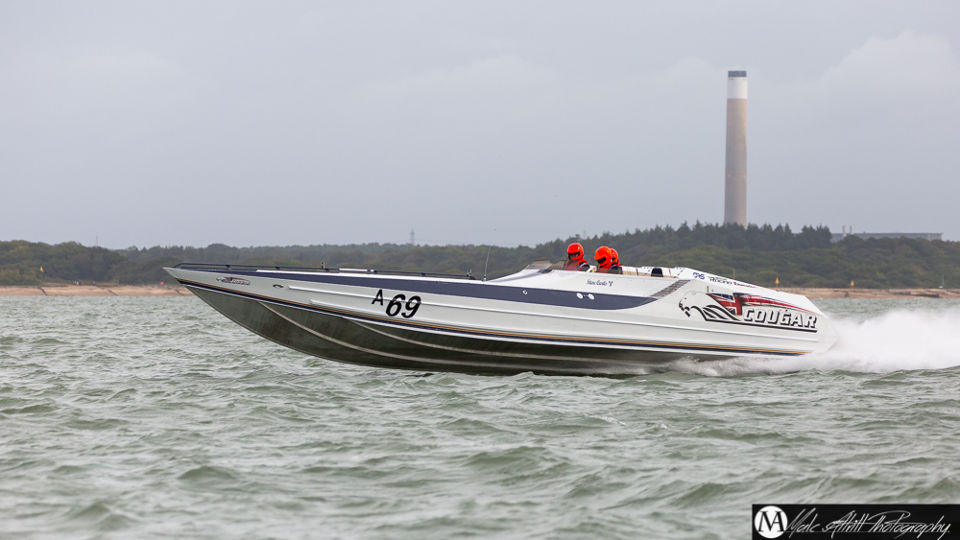 Also returning this year, and hoping to repeat last year’s victory are the team of Steve Curtis/Richard Carr in ‘Cougar’ (pictured above).

Chat from the pier above the pits
However from a safety perspective we have to change the way this interaction takes place so this year there will not be access to the pontoon and the best place to chat with the race crew is at the Pier above the pits, or the hard standing pits where teams will be parked up on their impressive trailers.

“It should be a fabulous weekend, the Cowes Torquay Cowes is a World renowned International powerboat race, we have drivers and teams from Belgium, Italy, Poland, Ireland, and the USA.”

*All timings are approximate and subject to change depending on weather conditions.