‘Flawed housing targets’ on the Isle of Wight are allowing development to happen, says CPRE

Campaign for the Protection of Rural England on the Isle of Wight (CPRE IW) say “it’s highly disappointing to see developers now attempting to destroy what remains of one of the Island’s few remaining dairy farms, separating Ryde from Nettlestone” 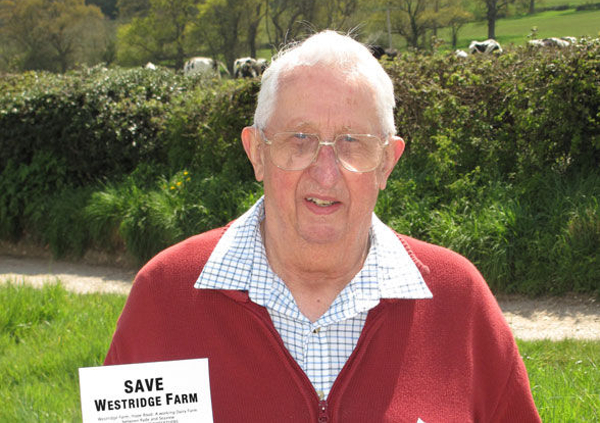 Local campaigners have said it is ‘highly disappointing’ to see developers ‘attempt to destroy’ farmland in Ryde in a 475-house development.

Following recent news that Captiva Homes is continuing with its application to build houses, a doctor’s surgery and landscaped open spaces at the top of Ryde, on land off Hope Road, Bullen Road and Appley Road, public figures have registered their continued concerns with the application.

“I am totally opposed to this development as I was opposed to the 80 — now 86 — houses on Westridge Farm application in 2017.

“For the last three years, I have continually asked whether the intention was to build houses on the entire farm and continually not given an answer. We now know the plan is to simply destroy Ryde’s last working farm.

“This land has been farmed for hundreds of years and the present farming family have been there since 1966 and wish to continue. The tenant farmers will be jobless and, with their young children, homeless if this application goes through.

“This farm is historic to the village of Elmfield and Ryde and its loss will destroy the link with the natural environment. It will not provide affordable housing to the Ryde community.”

The plans for West Acre Park have not yet been submitted to the Isle of Wight Council’s planning department but Captiva said it will do so soon.

Strong opposition from CPRE IW
However, the Campaign for the Protection of Rural England on the Isle of Wight (CPRE IW) said flawed housing targets on the Island are allowing the development to happen.

Al Haig Thomas, chairman of CPRE IW, said there is a long history of local residents campaigning against the development.

“It is highly disappointing to see developers now attempting to destroy what remains of one of the Island’s few remaining dairy farms, separating Ryde from Nettlestone.

“Let’s be clear – there is nothing ‘sustainable’ about lowest-common-denominator greenfield development on this scale – the Island’s undeveloped countryside is a finite resource we cannot plunder indefinitely.

“Consideration of this development is only possible because of flawed Island housing targets which serve people looking to move to the Island – not the needs or views of Islanders.

“Hopefully this can be be the first step in resetting the Island’s planning policy to serve the needs of Islanders and stop the wanton destruction of our much valued rural landscape.”

In December last year, Cllr Lilley and Isle of Wight MP Bob Seely met with more than 200 Ryde residents who voted they should oppose the development if it came forward.

4 Comments on "‘Flawed housing targets’ on the Isle of Wight are allowing development to happen, says CPRE"

Thanks for standing up for the IOW’s natural beauty CPRE.

What’s seen as beautiful is not very natural, but mostly made by mankind, and especially by generations of farmers…

Our present precarious position is also a result of our actions, and, if it’s not too late already, requires increased local and varied truly sustainable food production, and fewer people consuming and damaging less of what supports us.

Vote Up14-2Vote Down
garyeldridge
This ‘plan’ ( I use that word in its widest context)’, along with Pennyfeathers, now Seaclose and other such, all have several points in common, greedy developers and an incompetent or ineffective local Council, being part of that. The other, most important point in common with all these ‘plans’, is the almost total and complete opposition by Voters; residents and business. You would expect such opposition would… Read more »
Vote Up7-1Vote Down
Angela Hewitt

garyeldridge. I agree but also add on the greedy people selling the land? I was once asked by a farmer if I would give him,a poor farmer a discount. I asked him what car he had come in. He laughed and walked away.