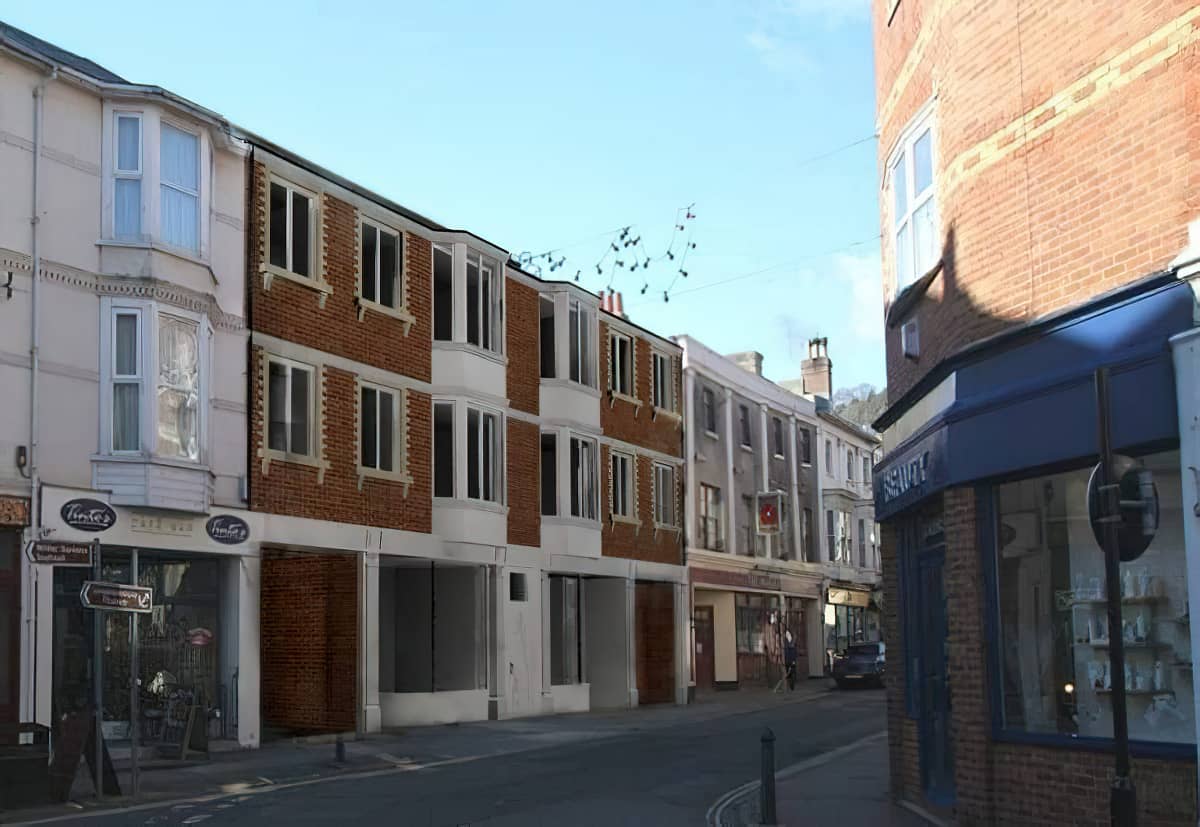 With planning permission granted in October 2020, the site of the former bus depot in Pier Street Ventnor will shortly go up for sale by online auction.

The guide price for the site, which has planning permission for two ground floor retail units and ten two-bedroom flats above, is between £480,000 – £520,000.

In former years the site has played host to a Christmas market, but generally it has been used for storage of carnival floats.

Fancy a punt?
If you happen to find half a million pounds down the back of the sofa and fancy buying the site, the online auction takes place on 16th December via the Clive Emson Website.

With their success of transforming the empty former Post Office building into the vibrant and culturally rewarding venue it is today, we reckon if someone like the Ventnor Exchange were able to get their hands on this property, there’s no end of possibilities to what they could do with it.

The video below shows the site of the former bus depot from the street.

Two retail units ? Not in this current climate :(

It will be good to see SOMETHING done to improve the site-but it’s doubtful that there is enough trade in the present financial climate for more retail.Also I imagine the flatswill be small.

You can be as creative as you like as long as the taxpayer is willing to fund you!

Why or how would the tax payer be funding this ?

Thanks for the update. But I’m sure when it was a depot it was was for coaches, not buses…

It’s described in all the planning docs as bus depot, but it’s before my time, so I bow to your knowledge.

It was a Southern Vectis bus depot