The former Indie leader says she’s always been a supporter of progressive politics and “opposed to the Conservative Austerity measures that have so badly impacted Island Services”. 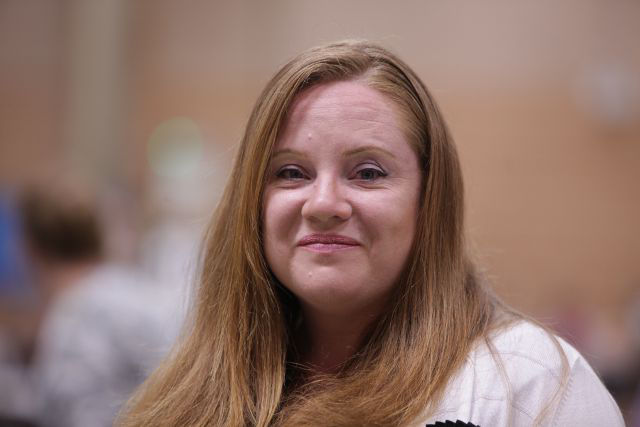 Former leader of the Island Independent group of councillors, and Isle of Wight councillor for Whippingham and Osborne, Cllr Julia Baker-Smith, has announced this morning her membership with the Labour Party.

“It is after much consideration that I have decided to join the Labour Party and become a Labour Councillor.

“I have always been a supporter of progressive politics and opposed to the Conservative Austerity measures that have so badly impacted Island Services. I want to have the opportunity to make my voice heard in a party that stands for social justice and against Conservative austerity at a national level.

“The Whippingham and Osborne Ward that I represent has been badly hit by austerity and government policy, as we are now seeing with the threatened closure of the Studio School. Osborne is one of the most deprived areas on the Island so it is the right thing to do to give local residents a voice in policy set beyond the Island. I will continue to work hard to represent the residents of Whippingham and Osborne and to assist them with local issues.

“I am forever grateful to Councillor Ian Stephens for his support and mentorship over the last five years and of course to my Island Independent colleagues. I look forward to continuing to work with them and all opposition Councillors to hold the IWC administration to account and support Island residents.

“I would like to thank Labour Chair Mark Chiverton and Labour colleagues for their warm welcome.”

Welcomed by IW Labour
The Isle of Wight Labour Party has welcomed Cllr Julia Baker-Smith to its growing movement.

“We are very pleased to welcome Julia to the Labour Party. She is a hard-working and popular councillor, and represents an area of the island where there is significant support for Labour. We look forward to working with her to further the interests of her ward and of the Labour Party on the island.

“On our Island, for too long in the past, effective and dedicated individuals like Julia have perhaps felt that an open affiliation to the Labour Party might not help give them the opportunity to serve their communities. As a result, we’ve had years, perhaps decades, of progressively-inclined individuals casting around for an alternative political home from which to oppose the Tories, whether that has been the old LibDems, the Independents, or the Greens.

“At the 2017 General Election, Labour’s largest vote for sixty years on the island made it very clear that the only serious opposition to the Conservative Council delivering Conservative government cuts, is the Labour Party. That is why people like Julia, and Luisa Hillard before her, are now joining Labour.

“These are exciting times for Labour members and supporters on the Isle of Wight. We look forward to welcoming other individuals into the Labour family, and by strengthening and supporting each other we can mount a successful and effective challenge to the Conservative administration.”

newest oldest most voted
Colin
And another one changes postition. WIth the changes in Pompey too with Donna Jones and the tories sidelined, it will be interesting to see how the Island is affected with their collaborations. The new Pompey leader announced last night that the tories policy of investing outside the Pompey area is to be put on hold as they will now look to do what the council is supposed… Read more »
Vote Up14-2Vote Down
electrickery

Cllr J-E was elected as an Indie. Now she claims to be Labour. Don’t her voters get a say? She should resign and stand for re-election; if successful, that would be a far more meaningful rejection of Tory policies.

It’s like that childhood game – when the music stops, grab a chair, any chair…..

Vote Up10-7Vote Down
alisonjane
It does not matter which party or group Julia Baker-Smith belongs to. She, unlike others represents her residents who voted for her as a person not a ‘Political Party.’ Julia shouted her objection about the proposed ashphelt plant in her home area which saw a then ‘done deal spectacularly reversed. This is why she was elected. She has done so much, not just for her area but… Read more »
Vote Up18-9Vote Down
electrickery

Sorry, meant Cllr B-S (sic), but they’re all the same aren’t they?