It will cost in the region of £1,000 per person to attend the Games, where competitors will have the opportunity to compete on the international stage. 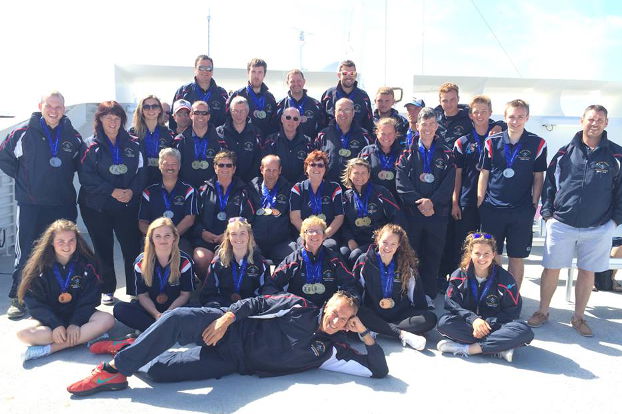 The Isle of Wight Island Games Association are delighted that in the first ten days of their crowdfunding appeal that they have received £790 from a variety of donors.

The appeal will run until December and it is hoped that the people and businesses of the Isle of Wight will get behind their team attending the NatWest Island Games in Gotland next June.

To make a donation please visit the Pledgesports Website.

150 Isle of Wight sportspeople taking part
A team of 150 people will be representing the Island at this major sporting event dubbed “the small island olympics” competing amongst nearly 3,000 competitors from 23 other islands in 14 different sports.

It is the only international games at which the Isle of Wight compete in their own right.

It will cost in the region of £1,000 per person to attend the games where competitors will have the opportunity to compete on the international stage against several competitors who attended the Rio Olympics.

Possible Olympian competitor
It is hoped that Isle of Wight Rio Olympian Jess Andrews will be able to join the squad depending upon her international commitments next summer.

The Isle of Wight team will contain people from every corner of the Island.

“We are really grateful for all the donations we have received to date. Every penny will go to helping the team attend the games where they will be representing the everyone here and it would be great if the whole Island could get behind their team.

“We have just seen an amazing summer of sport with the Olympics and Paralympics where TeamGB performed amazingly well and inspired the nation. They were unanimous that the support and funding they received made a huge difference to their ability to perform on the world stage. This is our opportunity to have that feeling here on the Island next summer when TeamIOW go up against some Islands who were in the Olympics in their own right or others who compete in Commonwealth Games.

“Many of these Islands have central funding, something which we don’t enjoy. But, we have an amazing sense of community here and I hope that will inspire local people or small businesses to be the power behind their team.

“We have seen a lot of interest in the appeal from people and the PledgeSports appeal page has been visited a great number of times, if people could give just £5, £10 or £20 that would soon add up to a substantial amount.

“Over the next few weeks we will start profiling some of the team members on our Facebook Page and Blog. You will see that there is a huge range of talented sports people on the Island who give a huge amount of time and effort to their sport and are really proud to represent the Island at these games. Please support them by helping them to achieve their sporting ambitions by making a small donation.”

To make a donation please visit the Pledgesports Website.