If you didn’t see the article in last week’s County Press regarding the ongoing saga of Hazelhurst in Freshwater, check it out before reading on. It features a response from the architect for the project, Roy Holt. What follows is a response from Freshwater resident, … 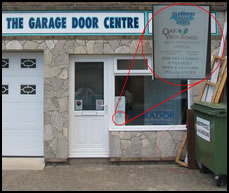 So Mr Holt is unhappy about the rights conveyed by the Hazelhurst Covenants. And so he should be. But where does he get the suggestion that the residents might resort to vandalism. It is not us who are planning to demolish a fine historic building and build a block of flats. Now surely that is cultural vandalism to say the least.

In his design statement, Mr Holt has referred to the residents who oppose his plans as, I quote:

“People who live in a Victorian Street with a Victorian listed building with a museum displaying the work of a Victorian photographer adjacent to downs named after a Victorian poet and purport to live by Victorian values.”

Well, Mr Holt purports to be Ventnor based and yet his Ventnor address is located at the same address as a garage door company, with an A4 piece of paper in the window containing the names of several other companies, including Holt Architects. 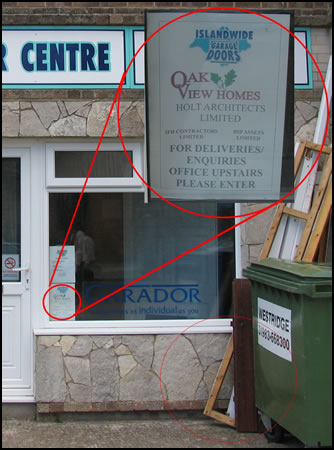 In fact, Mr Holt is based in Niagara-on-the-lake in Ontario, Canada just a few miles from the spectacular Niagara Falls. A fantastic place to live I am sure, but what right does that give him to pontificate about the values of the residents of Freshwater Bay.

Maybe Mr Holt appreciates the Skylon Tower which rises 775 feet above the Niagara Falls, but please can he keep his blocks of flats out of Freshwater Bay. Canada is welcome to Mr Holt and his colleagues.

The views expressed above are those of the author and do not necessarily represent those of this publication.

well put Tony.
I agree let Mr Holt stay in Canada. We live on a small island and should not spoil it with monstrous blocks of flats.

Nice place for a holiday though. Niagara I mean, not Station Road.
They say Croatia is very nice too.

Oh what a surprise! Haslehurst seems to have suffered from the neighbouring buildings slipping, in the plans drawn by the ventnor architect and now the architect’s office seems have slipped all the way to Canada!

That rather makes the case for preserving it, doesn’t it?

How many of him are there, I wonder..?