In just the last six months, hundreds of emergency parcels from the Isle of Wight foodbank have been given children on the Island and over a thousand to adults, figures show. 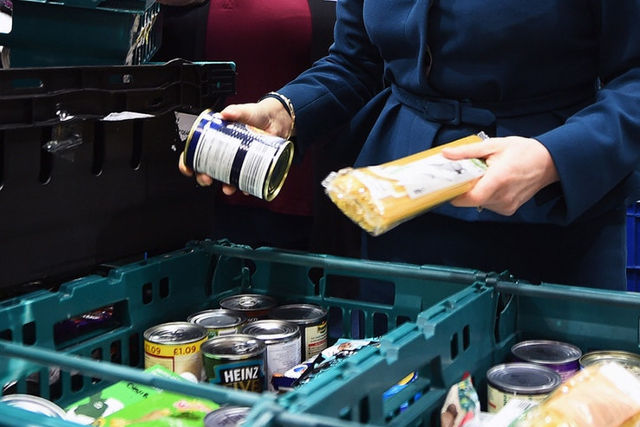 The Trussell Trust said its network provided 2,050 food parcels in the area between April and September. Of those, 1,295 were for adults and 755 for children.

Universal Credit delays
National research by the charity showed that delays with Universal Credit were the main reason for food bank referrals. The Government said the reasons why people use foodbanks are “complex”.

The trust expects these numbers to rise towards the end of the year, as people typically collect more supplies over winter.

Drop in number handed out
On the Isle of Wight, the number of food parcels handed out decreased by 7% compared with 2017, when 2,212 were distributed.

Each package contains ten meals, which are supposed to last for three days.

Across the country the number of emergency supplies has increased by 13%.

“Our benefits system is supposed to anchor any of us from being swept into poverty, but if Universal Credit is to do that, we need to see urgent changes.

“It’s not right that people are being forced to use food banks after weeks of waiting for Universal Credit payments. The changes announced in the budget are a good start – but they won’t solve all of the problems food banks see, and they won’t help people making new claims this winter.

“We’re seeing soaring levels of need at food banks. If the five-week wait isn’t reduced, the only way to stop even more people being forced to food banks this winter will be to pause all new claims to Universal Credit, until funding is in place to reduce the five-week wait.

“Food banks cannot continue to pick up the pieces – we have to make sure our benefits system can protect people from hunger.”

11% increase over South East
Across the South East, the number of food parcels handed out increased by 11% over the time period.

A Department for Work and Pensions spokesman said:

“Universal Credit replaces an out of date, complex benefits system with cliff edges that disincentivised work and often trapped people in unemployment.

“We have just announced that we will be increasing the amount people can earn on Universal Credit by £1,000 before their payment begins to be reduced, to ensure work always pays, and introduced £1 billion to help people moving over from the old benefits system to Universal Credit.

“This is on top of the improvements we have already made – advances have increased to 100%, the seven-day waiting period has been removed and we are paying housing benefit for an additional two weeks when people move onto Universal Credit.

“The reasons why people use food banks are complex, so it’s wrong to link a rise to any one cause.”

“This Tory government is leaving people at risk of destitution as more and more people are being forced to rely on food banks.

“Nobody should be left waiting weeks for a payment and the Government must stop the botched rollout of Universal Credit now.”

Help our foodbank
The foodbank welcomes any new offers of help with funding – local businesses, organisations and individuals interested in supporting the foodbank’s work can find out more at the Website.

Thats 13 and a half food parcels every day for the period.. and the Government say that Universal Credit is working!!?