Hosting the start and finish of the Tour of Britain could be a major coup for the Isle of Wight, but it’s dependent on raising £340,000 of sponsorship 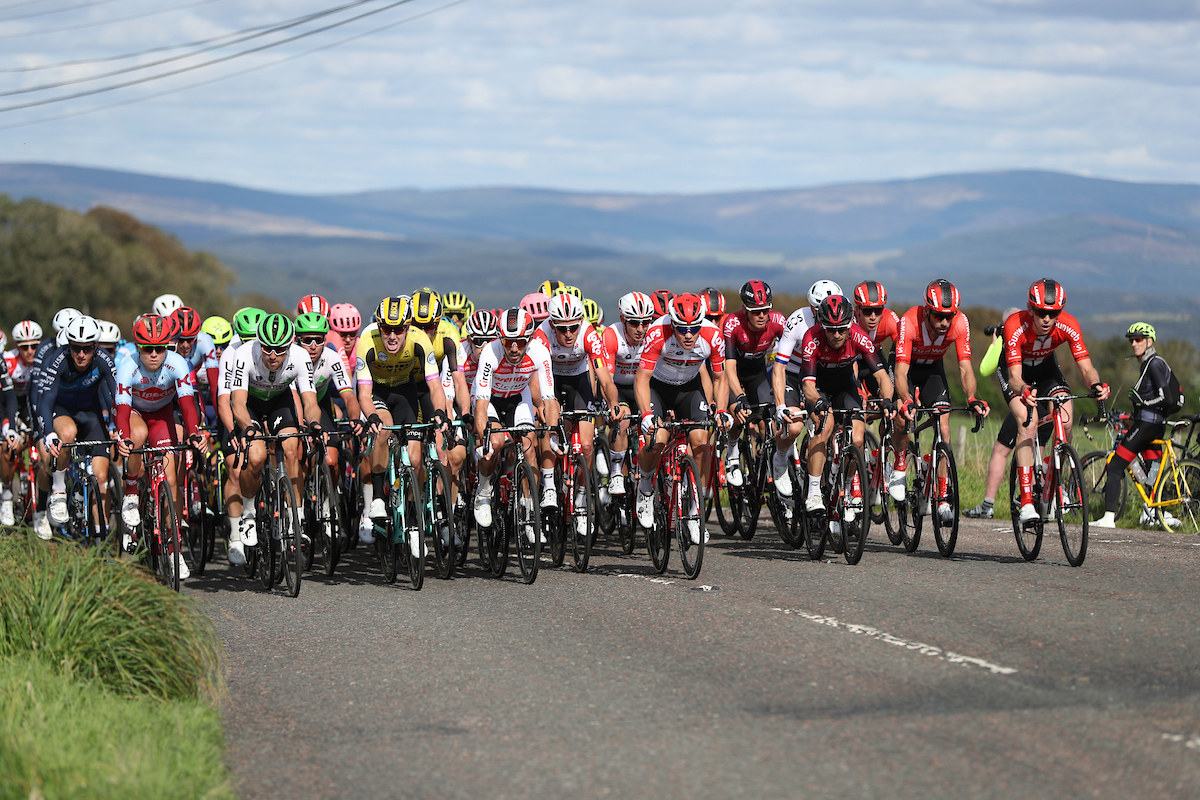 The Isle of Wight could host the finale of an international sporting spectacle — promising a multi-million-pound boost to the local economy.

Exciting proposals to bring the Tour of Britain cycle race to the Island in 2021 are revealed in Isle of Wight Council Cabinet papers released on Tuesday (31st December).

Not only could the Island welcome some of cycling’s biggest names in action — but the Tour could even be decided here, as thousands line the streets and millions more watch around the world.

“What a major coup this would be for the Island to host the UK’s leading professional multi-stage cycling road race and the biggest free-to-watch spectator event in the country.

“This is a wonderful opportunity to showcase the stunning landscapes of the Island to a global audience, attracting spectators both locally and from afar to enjoy world-class cycling and to support our economy through hotel stays or spending money in local shops and businesses.”

The tour regularly attracts the world’s top cyclists, including Olympic and world champions and Tour de France winners, who compete over eight days each September in the UCI ProSeries event.

A single stage can attract upwards of 150,000 spectators and generate the equivalent of £1.2 million in free advertising with free to air live TV coverage on ITV4 and Eurosport in the UK and around the world.

Stewart: Promises to involve the whole Island
With its mix of stunning landscapes and gruelling terrain, council leader Cllr Dave Stewart said the Isle of Wight would provide a spectacular finale to the UK’s biggest bike race.

“The Tour Series was a huge success when it came to Ryde four years ago and the Tour of Britain promises to be even bigger and involve the whole Island. While the route has yet to be decided, we envisage Ryde hosting the start and one of the Island’s iconic landmarks hosting the finish.

“Estimates from other councils staging similar stages have shown up to a 40 per cent increase in visitor numbers and a £4 million economic boost to their local economy. Add to this the legacy of support for our Island’s cycling ambitions and it really is good news.”

To give some scale to the event, the organisers will provide more than 40 motorcycle outriders to ensure safe rolling road closures for the event convoy. The cyclists are internationally recognised professionals and together with their individual support teams will themselves require up to 400 bed spaces.

A boost for tourism
Will Myles, managing director at Visit Isle of Wight, said the opportunity to host a stage of the Tour of Britain should not be underestimated. He said,

“You just need to look at the impact cycling has had on Yorkshire tourism to see it is the right move.

“’This is a great opportunity to showcase the Island and everything we have to offer on live national and international TV through the power of sport. Cycling is huge and the people that follow cycling are one of our target markets who visit out of season.”

Needs £340,000 of support from businesses
However, the council has made it clear the plans are dependent on sponsorship being raised towards the costs associated with hosting the event — expected to total around £340,000. The authority is proposing to procure a third-party company to help raise the necessary funds.

“Make no mistake, we can’t do this without the support and sponsorship of our business community.

“This is a brilliant opportunity for local businesses and organisations to get their name out there as part of Britain’s premier road cycling event and we will be working with them to maximise the local, national and international exposure this event can create.”

Cabinet is due to meet on Thursday 9th January at Whitwell Village Hall at 5pm.

I just hope Dave Stewart isn’t intending to use this as an excuse to reopen the Undercliff Drive with business money.

Vote Up9-1Vote Down
Benny C
It might be a remote chance but surely it’s a challenge to sign up to. There’s only one way to guarantee we miss out. Maybe if Dinosaur Dave Stewart wasn’t frittering our money away on more repeat surveys of Undercliff Drive to benefit the profits of a few businesses he says he knows, we would at least have some way to pump prime this golden opportunity. I… Read more »
Vote Up8-2Vote Down
jazzerpete
More unnecessary roads to be re-surfaced. The last big cycling event saw just one side of Ryde Esplanade resurfaced when it wasn’t needed. Eventually the other side was done. This time if it happens, please send the cyclists along Castle Street Ryde (parallel to the Esplanade) so we might get this road dealt with. At present it’s like a switchback ride and Island Roads have put any… Read more »
Vote Up30Vote Down
temperance

Makes a change from the unnecessary resurfacing of car parks when the actual road outside is a death trap to motorcyclist and cyclist as at Yaverland.

What a fantastic opportunity for the Island.
I am disappointed with the negative comments attached, but we should not be penalising the Island community and economy, just because of a few inconsiderate cyclists that do seem to relish holding back the traffic.
Maybe an opportunity to better police the roads during the event and in the future?
Do not let this opportunity go though.

I agree with what you say. The potential fly in the ointment as always are our failing and unreliable ferry services.

£340k from local businesses?! Bit steep… great publicity for the Island but, surely, we have enough day-trip cyclists already? Many come over on the ferry in the morning and depart the same evening…I’ve encountered groups a number of times.

More chance of seeing a flying pig… And I’d stay indoors to avoid the chaos… It’s a non starter isn’t it ?