The new Director of Neighbourhoods says his aim will be to support staff in “further improving the efficiency and effectiveness” of services for the benefit of the Island’s residents and visitors. 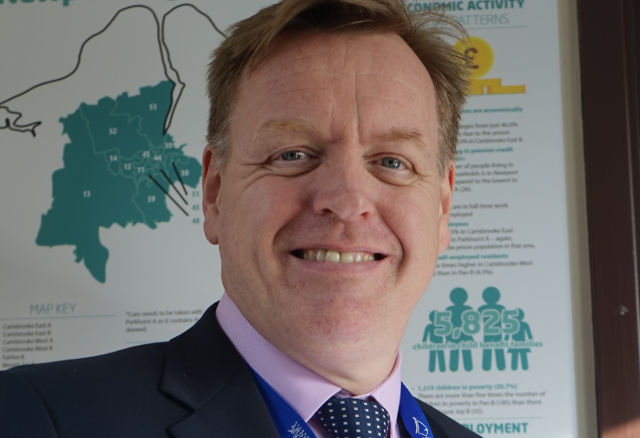 The Isle of Wight Council has appointed Colin Rowland as its new permanent Director of Neighbourhoods, who will look after a host of services, including waste, highways and 1Leisure.

Colin is an experienced senior leader in Place and Neighbourhood services, and has worked in senior roles at a number of other local authorities including Basingstoke and Deane (interim director of Borough Services), Southampton, and Hampshire. He was also head of environmental services at Havant Council.

As director, he will lead the development and execution of strategies that ensure efficient and effective highways and transportation networks, waste services and other place-based services such as leisure and parks and countryside that meet the needs of the Island and its residents.

“Our neighbourhood services are the more visible and commercial side of council life, covering parks and open spaces, regulatory services and waste services to name but a few.

“I would like to thank Mr Pugh for the leadership he brought to the interim role and welcome Colin to his new role and I am sure he will further build on the strong foundation in place.”

“I am really excited about taking on this role involving a group of high profile universal services that have a significant impact on the quality of life and the economy of the Island.

“My aim will be to support staff in further improving the efficiency and effectiveness of these services for the benefit of the Island’s residents and visitors.”

newest oldest most voted
davimel
I am sorry to say that, having read, re-read and even talked this article out loud to family, I do not understand one sodding thing about this err.. job? I am sure that our glorious leaders feel the need for such a post holder, and I am sure that he is a very nice man, but this whole job seems complete jargon based waffle to me! I… Read more »
Vote Up43-1Vote Down
chrisinthemorning

Davimel, I haven’t got a clue either.

Surely all of the departments that he is supposed to oversee already had someone in charge of them? Jobs for the boys?

If he is going to look after Highways does that mean that Cllr Ian Ward is out of a job, I hope so!

Looks like another career lad hopping from one council to the next. Does he at least live here and spend his money here? Wonder what his pay packet is and if it reflects Tory Dave’s austerity ( except at Dave’s house ) policies?

Vote Up17-1Vote Down
YJC
One thing Mr Rowland could do is make 1Leisure affordable for youngsters. My teenage child liked going to the gym at the Medina Leisure Centre but paying over £7 a time was not affordable and buying the monthly pass at £28+ still worked out at £7 each weekly visit as they were unable to go more frequently. If you encourage young people to the gym then they… Read more »
Vote Up17-1Vote Down
Colin
This is probably part of the £400,000 management re-structure announced last year by Mr. Metcalfe. Given that the IWC was left with nobody in a senior position ( or any position at all) to oversee the roads contract and probably similar for the waste contract, then this is a step in the right direction. There needs to be a senior manager with suitable clout to oversee these… Read more »
Vote Up9-2Vote Down
Geoff Brodie

It is part of the restructure. The only person who isn’t now ‘hot-desking’ is the Chief Executive. Though when I walked through the top floor last Friday it was more like the ‘Marie Celeste’ than the senior management hub of a local authority.

Vote Up20-2Vote Down
meganz0e10
Well, first thing comes to mind “too many Chiefs”! If you have read Animal Farm by the great Orwell you can immediately see the likeness to the present Council and many like them. The trotters reign, the rest of the farmyard are either fooled into supporting and worshiping them or are ridden over roughshod. How come the money is always there for another top salary but cuts… Read more »
Vote Up5-1Vote Down