Will the IWC Conservative administration switch their previous refusal to acceptance now UK Government has declared a climate emergency? 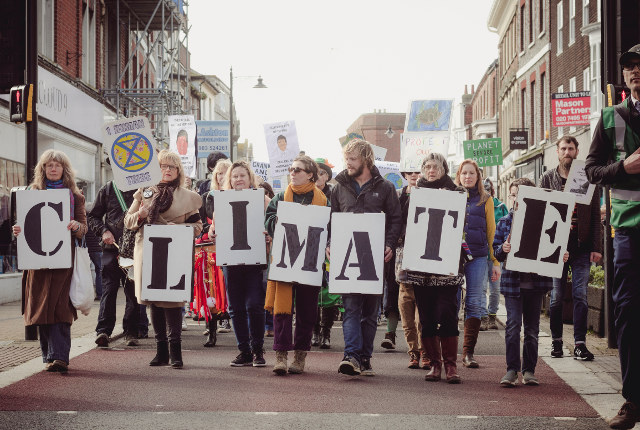 The Isle of Wight Green Party are urging all County Councillors to support the motion to declare a Climate Emergency which will be put before all members of the IW Council this Wednesday (24th July).

Islanders took part in a poll at IW Pride over the weekend, and the results were unanimously in support of the IW Council declaring a Climate Emergency.

Once accepted, the Isle of Wight will join 800 other government jurisdictions in over 17 countries (including the UK Government) to press for urgent and significant moves towards net zero carbon emissions by 2030 – in line with the imperative demands of the United Nations report last year.

Climate Change Board
Cllr Michael Lilley’s proposal, which includes establishing a ‘Climate Change Board’, comes after months of local public support for climate action through petitions, letters, marches and gatherings across the island.

“The IW Council cannot continue to ignore the biggest threat facing our planet – that of climate change and global heating. Across the country, councils have taken a stand and the first steps towards protecting our land for generations to come. Now our councillors must take the lead and declare a Climate Emergency on the Isle of Wight.”

Where and when
Campaigners from the IW Green Party, Extinction Rebellion and other groups will be gathering outside County Hall from 4.15pm on Wednesday 24th July – all are welcome to come and show their support.

According to my diary, 24 July is this Wednesday, not Tuesday. Please correct.

If it stops people burning their garden waste I’m all for it.

Why the “thumb down”? The Fire Service has already asked that garden fires are not ignited during this extreme hot weather. Anyway, garden fires are annoying and polluting. Smoke from one person’s garden fire could well be another’s asthma attack.

Another party gathering, or does this mean revisiting plans for the Perpetuus Energy Centre at Flowers Brook?

All our parents , grandparents, great grandparent etc have got a lot to answer for having bonfires once or twice a year. Shame on them….and you thought it was the likes of China and US causing global warming.

Vote Up3-3Vote Down
iain mckie
According to James Macintosh of the Wall St Journal and Iain Martin of The Times the ER rhetoric is an exaggeration of the IPCC data, which puts major sea level rises occurring in about a thousand years at current rates – giving mankind (if we haven’t blown ourselves to pieces by then) plenty of time to prepare. The ER polemic reminds me of the risible Labour promoted… Read more »
Vote Up7-13Vote Down